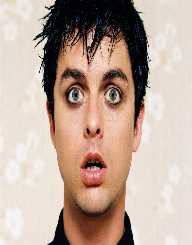 Billie Joe Armstrong was born on February 17th, 1972. He is a famed musician, singer and a songwriter. He has also featured in the film industry in some films including The Simpsons Movie, One Nine Nine Four, Ordinary World, and several others. Armstrong got high acclaim following his role in the Green Day rock band. He is one of the co-founders alongside Mike Dirnt. Aside from this role, he also features as a guitarist for the Pinhead Gunpowder. In 1992, Green Day released their album named Kerplunk which marked the beginning of a successful music career. Dookie was the next album released by the band which became the band’s turning point. Again the band released American Idiot in 2004. This was a commercial success, and it earned them nationwide popularity.

Billie Joe Armstrong was born on February 17th, 1972. His birthplace was in Oakland, California. He was the youngest son of Andrew Armstrong and Ollie Jackson. He was born in a family of six children. His father, Andrew was also a jazz musician and that he worked as a truck driver. At the age of 10, tragedy struck Armstrong’s family as his father died following a battle with cancer. This was a huge loss for him as Armstrong later details it in one of his songs called "Wake Me Up When September Ends."

Armstrong interest in the field of music developed right from a tender age including the time he was schooling at Hillcrest Elementary School. During this time, he was also encouraged by his teacher to take his music career seriously. Her mother remarried, and this had a huge influence in Armstrong retreating to music as his only consolation. With time, he crossed paths with Mike Dirnt who also had a similar interest in rock music. They partnered together to form their band and named it Sweet Children. This was later renamed to Green Day. The band performed while Armstrong was still pursuing his high school studies. Nonetheless, he did not complete his high school studies as he dropped out. This gave him an opportunity to focus on music. Their band began playing in punk clubs located in California. During the early years of the band, John Kiftmayer was the drummer. Ultimately, Armstrong’s band landed a recording deal with Lookout! Records. This gave them an opportunity to release their first EP in 1989.

By the time Armstrong’s band released Kerplunk in the year 1992, his band had already attracted a large audience. Working with him at this time was Dirnt and Tré Cool, the drummer. Kerplunk was a major success for the group, and this opened up doors for them to land major recording deals. In 1994, they released their first album with Reprise Records called Dookie. Insomniac released in 1995 and Nimrod in 1997 also performed well, keeping the trio in the limelight. In 2000, however, the band experienced falling in sales after the release of their album titled Warning. Four years later, their next album release, American Idiot – 2004 brought Armstrong and his team back to success. This album earned him a Grammy award. The band’s next album, 21st Century Breakdown explored cultural issues which also contributed to its average success.

Armstrong tied the knot with Adrienne Armstrong in 1994. The two had two kids together namely, Joseph and Jakob.