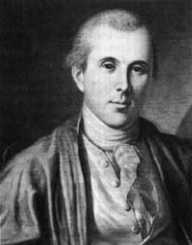 Benjamin Rush is popularly known as one of the founding fathers of the United States and a signatory to the US Declaration of Independence. Aside from that, he is also a practiced physician, an advocate of civil rights for all men, and founder of Dickinson College located in Pennsylvania.

Rush married Julia Stockton on January 11, 1776. Stockton was the daughter of Richard Stockton, another a signatory to the US Declaration of Independence. Their union brought forth 13 children of which 4 of them died during their infancy.

Rush died at the age of 68 on April 19, 1813, after contracting typhus fever. He was buried in Christ Church Burial Ground located in Philadelphia together with his wife who died in 1848.

Rush was the fourth child of John and Susanna Rush. Born on January 4, 1746, in Philadelphia, Pennsylvania, his family relocated to New Jersey where he, along with his other brother, grew under the tutelage of Reverend Samuel Finley, their uncle and studied at Nottingham Academy. His father, who worked as a farmer turned gunsmith died at the age of 39 when Rush was around 6 years old, hence the reason for their relocation.

Ever since he was a child, Rush has exhibited great excellence towards his chosen endeavors. He graduated at the College of New Jersey majoring in the arts at the young age of 14 in 1760. Initially, he intended to take a degree involving law but decided to explore the field of medicine instead.

During his pursuit of medical knowledge, he was under the guidance of Dr. John Redman. Redman took him under his wing from 1761 to 1766 and urged the young Rush to further his studies in Scotland. In 1776, Rush enrolled at the College of Edinburgh where he earned his medical degree in 1768. Besides the attainment of his medical degree, Rush also became multilingual with mastery to Italian, French and Spanish language by traveling to various hospitals in Paris and London.

He returned to America in 1769 to open up his own practice at his hometown in Philadelphia.


Rush During The American Revolution

Rush is also politically involved in the development and welfare of his country. He joined the Sons of Patriot, a party of activists and loyalists during the early 1770's. He also served as a consultant for Thomas Paine, during the drafting phase of Common Sense. The flyer was distributed anonymously at the start of the Revolution, encompassing freedom from colonial rule.

Shortly after that, Rush was appointed as the representative of Pennsylvania at the Continental Congress. On August 2, 1776, Rush along with 56 other delegates signed the US Declaration of Independence.

He was also involved directly during the Revolution and served as a Surgeon General in 1777, tending to the wounded at the battle. During his service, he conflicted with Dr. William Shippen and the management which ultimately led to his resignation the following year, in 1778.

After the war in 1780, Rush returned to his teachings at the University of the State of Pennsylvania. The following years, he established two other colleges: Dickinson College in 1783 and Franklin College located in Lancaster in 1787.

He also began his service as a surgeon in 1784 at the Pennsylvania Hospital where he rendered service until his last days. His medical involvement and teaching career carried out until his death in 1813.

The Father Of American Psychiatry

Rush is known in the field of psychiatry for his published work, Medical Inquiries and Observations upon the Diseases of the Mind, which was the first known textbook about psychiatry in the United States. Because of this, the American Psychiatric Association gave him the moniker of "the Father of American Psychiatry".