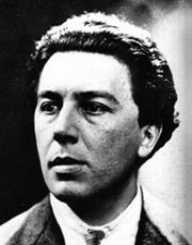 Philip Showalter Hench was born on February 28th, in 1896. He was a renowned American Physician who was awarded a Nobel Prize in 1950. This is an award that he shared with Edward Calvin Kendall, his co-worker, and Tadeus Reichstein. They had been given this award for discovering a hormone called cortisone. This hormone was essential in the healing of rheumatoid arthritis.

Philip Showalter Hench was born on February 28th, 1896. His birthplace was in Pittsburgh, Pennsylvania. He was the son of Clara Showalter and Jacob Bixler Hench.

Philip Showalter Hench went for his college education at Lafayette College situated in Pennsylvania. It is from the same institution that he acquired a bachelor’s degree in 1916. The following year, Hench joined the Army’s Medical Corps where he strived to complete his medical education. In 1920, he earned his medical doctorate from the Pittsburgh University.

After completing his medical education, he went on to offer his services as an intern at the Francis Hospital located in Pittsburgh. After that, he joined the Mayo Foundation as a fellow. In 1928, Hench continued with his higher studies at the Freiburg University.

Beginning 1923, Philip Showalter Hench served as an associate at the Mayo Clinic. It only took him three years to earn his promotion to serve as the leader of the Department of Rheumatic Diseases. While at the institution, he primarily focused on studying arthritic diseases. It is from his research that he came up with the conclusion that steroids had the effect of reducing pain brought by the ailment.

In 1930, he became friends with Edward Calvin Kendall, a biochemist. Kendall had some isolated steroids that he obtained from the adrenal gland cortex. After working together for a couple of years, the two decided to use one of the steroids on a patient who has rheumatoid arthritis. At the time, the steroid was called Compound E. It was however renamed to cortisone.

The testing process took some time as Compound E was quite expensive to synthesize. Moreover, it also took a lot of time for its synthesis to be successful. Between 1948 and 1949, the tests were carried out successfully.

As a result of the progress that Philip Showalter Hench and his team had made, together they were bestowed with a Nobel Prize in 1950. This was as a result of discovering a hormone dubbed as cortisone. The hormone was beneficial in the treatment of rheumatoid arthritis. Their discovery was appreciated as it was of great importance in unveiling the cure to rheumatoid arthritis.

In 1927, Philip Showalter Hench tied the knot to Mary Genevieve Kahler. John Henry Kahler, Mary’s father, was a close friend of the founder of Mayo Clinic. Hench and his wife were blessed with two sons and two daughters. Later on, his son named Philip went on to study rheumatology.

Philip Showalter Hench died on March 30th, in 1965. At the time of his death, he was on holiday at Ocho Rios in Jamaica. He passed away at the age of 69.