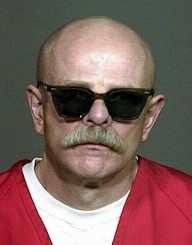 Barry Mills, who was also known as Baron was born in in 1948 in Windsor, California on July 7. He died on July 8, 2018, a day after his 70th birthday.  While he lived however, he was a racist who thought that white power was everything. And took steps to ensure the survival of the white race.

While there was no mention of his school, his story starts with his being jailed for one year in 1967. Following that stint in jail, he was released and returned in 1969 to California State Prison after being sentenced to jail time for armed robbery. After that he started his career as a member of the Aryan Brotherhood at California’s San Quentin Prison. While incarcerated he participated in the planning of a bank robbery by persons who were later caught. One of those caught indicated that Mills helped to plan and as a result, he got an additional 20 years in the penitentiary. That is when he was transferred to the United States Prison Atlanta. There he met fellow Aryan, Tyler Bingham.


Life with the Brotherhood

The two organized the Brotherhood into the group that it is today by causing several changes. They started a commission of which Mills was a member. They also started recruiting new inmates into the Brotherhood that met certain criteria and passed a certain test of who liked who. This also allowed them to start their own drug selling ring and also a protection ring for members and of their ideals. Their numbers grew in strength to the point that they were a force to be reckoned with in any prison that the group was found in particularly if Mills or Bingham were there.

Barry during his life in prison to expanded the Brotherhood’s operation and helped expand its membership a both the federal and state level. He even lobbied for them to join the Dirty White Boys. Following the tenants of the Brotherhood, he started a race war against another prison gang called the DC Blacks in 1997, along with Tyler Bingham in Lewisburg, Pennsylvania. This would leave two black inmates died. But the gang was infiltrated by the ATF, who instituted an investigation that lasted six years. One of their members, Alan Benton turned state’s evidence and left the Aryan Brotherhood to cooperate with the federal government.

He was indicted on various charges including but not limited to drug trafficking, conspiracy, racketeering, 16 murders, 16 attempted murders, and numerous assault behind bar charges that allowed him to be charged under the RICO statute. In early 2006, Mills was convicted of starting a race riot at a prison that left the two black inmates dead. In November 2006, he received an automatically imposed sentence of four consecutive life terms without the possibility of parole. Barry avoided the death penalty. He was incarcerated at the USA Penitentiary Administrative Maximum Facility Prison in Colorado.

Barry Mills taught some of the most hated rhetoric to inmates just like him. He believed that a race war would protect and save the white race. Despite the fact that he was in prison of his own making, he blamed his situation on the Mexicans who took out his eye and felt the DC Blacks thought they could steal their money. Barry Mills perpetrated what the Klu Klux Klan does outside of prison walls. But he paid the ultimate price. NO freedom and death.