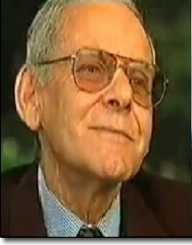 Alan Conway was a British born con artist who managed to swindle the public by disguising himself as American film director Stanley Kubrick.

Alan Conway was born in the year 1934 in London. His original name was Eddie Alan Jablowsky. Conway was a bright child. He started creating his own aliases from an early age. In 1947, he was arrested and sent to a children rehabilitation center for theft. This was a correctional facility more prevalent in Britain and India. He changed his original name to Allan Con.

Conway created historical fantasies about his heritage. At some point, he narrated to his friends how he was a Polish Jew. His last name Jablowsky sounded Polish. To complement his story, he told them how he was taken to a German concentration camp and escaped. Conway was a gifted orator and con artist. He managed to convince all of his listeners. For the next few years, Conway spent his time in police custody. He was constantly fighting his innocence from petty criminal charges.

He met and married his wife in the 1970s. They relocated to South Africa to start a new life. After a string of bad business decisions and constant police surveillance, Conway returned to Britain. The family fell apart in the late 1980s. Conway left his wife for a gay relationship. After a while, his partner died of the AIDS virus. Conway became a heavy drinker after his business enterprise went down. When his wife died he was given the custody of the children. His alcoholism did not help the children either. He became violent and often physically abused the children. The social department took away the children and placed them in foster homes.

He joined an alcoholic anonymous group to help his rehabilitation. As they say, old habits die hard. Conway went back to his personal fantasies. This time he transformed himself into Stanley Kubrick. Kubrick was an American film director who was well respected in Hollywood. Due to the secretive nature of Kubrick’s life, Conway got the attention he wanted. Kubrick had not been in the public limelight for a decade. The idea of meeting the film director excited many would be actors.

He managed to fool financial institutions by signing off a cheque. Conway had access to the most exclusive bar joints as Kubrick. He even gave out impromptu interviews to journalists. He swindled many of his victims by the promise of repaying them back through a solid contract in Hollywood. In one of his last episodes, Conway joined a group of admirers in a local bar. Frank Rich, a longtime film enthusiast came in. After noticing strange gay traits in Kubrick, Rich called the Warner Brothers Company. The description he got did not match the Kubrick in the bar. Conway never showed up for the promised interview with Rich.

By now the real Kubrick got news of an impersonator using his name. The news thrilled him but not his wife and the family lawyer. A scheme to arrest Conway was devised. He was arrested by the authorities while signing off a dubious cheque. After his arrest, Conway feigned insanity to avoid imprisonment. He spent some time at a mental facility. After he was cleared to be mentally stable the police dropped the charges. No one came up to complain about the swindling episodes from Conway. Even Kubrick never pressed charges of being impersonated.

Conway spent his late years confining himself in solitude. He died in 1988 in his house in London. The death report stated heart attack as the cause of his death. Stanley Kubrick, the American Hollywood director died in March the following year. Conway left a will on how his financial estate should be managed. Apart from friends, the rest of the money was left to his son. Conway left a will with no money. His idea of impersonating someone for fame followed him to the grave. Even posthumously, Conway still impersonated his will to his son.

It is still a puzzle how Conway managed to swindle his way out of unsuspecting victims. After his arrested the victims had a chance for redress, but none came forward. Again, Conway had his way out.

In 2006, Hollywood made a film about him. The film Color Me Kubrick was centered on Conway’s life of impersonating Stanley Kubrick. Conway’s role was played by John Malkovich.