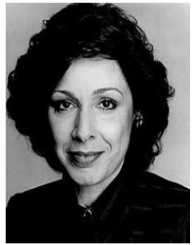 Barbara Frum was a TV and radio journalist who worked for the CBC. She is widely known for her interviews and as the host of The Journal ( now called Prime Time News ).

Barbara was born as Barbara Rosberg in Niagra Falls, New York on September 8, 1937. Her star sign was Virgo, and her parents were Harold Rosberg and Florence Hirschowitz Rosberg. Her father was a Polish immigrant who ran a departmental store, and her mother was from New York. Barbara was their eldest child.

Barbara held a B.A. degree in history from the University of Toronto. She graduated in 1959 at 22 years of age. She was already married by the time she graduated.

Barbara Frum didn’t begin her career as a journalist. Instead, she went on to work as a freelance writer for the Toronto Star and wrote about various social issues. Barbara spent more than ten years working as a writer before joining CBC radio as a host – a job that would soon make her famous.

Barbara started interviewing people on the radio and was exceptionally skilled in drilling them with burning questions that projected her as an educated and somewhat feared interviewer who could see through the veil. Barbara on-point and direct style of questioning made the show one of the most popular radio shows on the air.

Barbara continued to interview personalities and cover stories till 1981 when CBC hired her to host the show called The Journal. The Journal soon became one of the most popular programs on Canadian television, and Frum even interviewed personalities like Nelson Mandela and Margaret Thatcher on her show.

Frum was also caught in a controversy when she didn’t acknowledge the Ecole Polytechnique Massacre as an attack on feminism. Although she meant well, her words weren’t interpreted in the best light especially, as she was a very popular and influential media personality. Such was the height of Frum’s popularity that a muppet named Barbara Plum was created on the Canadian Sesame Street.

Frum received numerous awards and honors in the field of journalism. She won the ACTRA award four times and also received the National Press of Canada Award for Outstanding Contribution to Canadian Journalism. In 1979, she became a member of the Order of Canada.

Barbara had a long battle with leukemia – 18 years it took for the disease to defeat her. She was first diagnosed with it in 1974, and on March 26, 1992, she died from it. The entire media of the country ran stories and segments dedicated to her.

After Barbara death, the Toronto Public Library was named after her to honor her memory. In 2002, CBC broadcasted a biography titled The Life and Times of Barbara Frum. Her daughter Linda has also written a biographical book detailing the events in the life of Barbara, the mother.