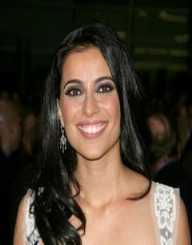 Bahar Soomekh is a famous American based actress. Soomekh has had major roles in many hit T.V shows and films. Some of Bahar's acclaimed films include; Syriana, mission impossible III, saw III and crash. The movie `Crash’ was a big hit and was an academy award winning production. More, Bahar Soomekh is accredited to a superb performance in various prominent T.V shows, i.e., CSI, Castle, perception, and parenthood. Apart from acting, Soomekh enjoys great success in the real estate luxury home market and deals with apartments from Hollywood Hills to Malibu. Also, Soomekh continually advocates for safe and healthier homes.

Bahar Soomekh was born on 30th March 1975 in Tehran, Iran. Her parents are dedicated Persian Jewish people. In 1979, the family relocated to Los Angeles California as a result of the rising mayhem due to the Iranian revolution. Smoomekh went to school at Sinai Akiba Academy and later Beverly Hills high school. Bahar then joined the University of California, Santa Barbara where she attained a degree in Bachelor of arts, in environmental science. Bahar graduated in 1997.

After Bahar Soomekh's graduation, she got a job in motivational sales. At the same time, Bahar began enrolling in acting classes, to fulfill her newly discovered aspiration. Soomekh then started her acting career after being attaining roles in various television programs, i.e., JAG and 24. As a result, Soomekh soon quit her job and decided to become a full-time actress.Bahar Soomekh soon landed her role in famous film Crash, about three months after she left the job. In `Crash,’ Bahar Soomekh was offered the role `Dorri.’ The film was a huge success and won an academy award for Best Picture, leading to the perfect breakthrough for Soomekh. As a result of the movie’s success, Soomekh was listed by people’s magazine as part of the 2006 team as `New on the scene.’ Bahar Soomekh later followed up with roles in two other major movies, i.e., Mission impossible III and Syriana.

Bahar Soomekh then starred in horror film named Saw III, with a role as Dr. Lynn Denlon. More so, Bahar had a role in major TV. Series called Daybreak. Bahar's character was Margo and kept recurring in subsequent episodes. Soomekh also attained roles in T.V shows Ghost Whisperer and Criminal Scene investigation (CSI). Bahar then starred in Just like a woman who turned out to be her last film role Bahar Soomekh's home area Southern California then faced a major decline in film industry jobs, as other regions were being preferred. As a result, Soomekh decided to take a break from acting and decided to focus on a real estate career. In real estate, Bahar is known have personalized dedication to her clients with great local knowledge. More so, Bahar Soomekh is known to be an environmental activist.

Bahar Soomekh got married to Clayton Frech in 2001. Together, they have three children, of which one named Ezra is disabled. However, he participates in sports, and became a finalist during the `2014 sports illustrated sports kid of the year’.