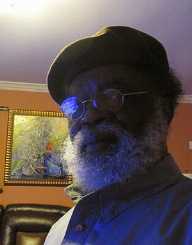 Ayodele Oluwatuminu Awojobi was born on March 12, 1937, in Oshodi, Lagos State, Nigeria. His father Daniel was a stationmaster at the Nigerian Railway, and his mother was a petty trader. He attended the St. Peter’s Primary School in Faji, Lagos until 1947.

After finishing primary school, Awojobi went on to study at the CMS Grammar School in Lagos. There his academic talents flourished. Awojobi was talented in mathematics and sciences, as well as in the arts. He became a member of the school’s literary and debate clubs. During this time he earned his nickname Macbeth, after the play by William Shakespeare which was staged in his school.

Ayodele Awojobi was an excellent student and passed the West African School Certificate examinations in 1955, reaching record high distinctions. After grammar school, Awojobi went to study at the Nigerian College of Arts, Science, and Technology in Ibadan. In 1958, he graduated after passing his General certificate of Examinations Advanced Level exams. In 1962, he was awarded the first degree in Mechanical Engineering. In 1962, he was awarded a scholarship from the government to continue his studies. Awojobi enrolled at the Imperial College of the University of London to study Mechanical Engineering. In 1966, he defended his thesis and was awarded a Ph.D. in Mechanical Engineering. After finishing his Ph.D., Awojobi went

to teach at the University of Lagos for a brief time and then went back to Imperial College London to research the field of vibration. He was awarded Doctor of Science degree.

In 1966, Ayodele Awojobi began lecturing in the Faculty of Engineering at the University of Lagos. In 1974, upon his return from London, he became the professor of Mechanical Engineering. In later years, he became the head of the department at the university. Awojobi was also a chairman of the Lagos State School’s Management Board and concerned himself with ways to improve the problems in secondary school education. His vision was that all children would go to public schools and education would be equally distributed across different social strata.

Awojobi often did engineering projects at home. He converted his car from right-hand drive to left-hand drive. He also began designing engines with a second steering-wheel mechanism, which was joined at the rear end, making the vehicle able to go both in backward and forward directions.