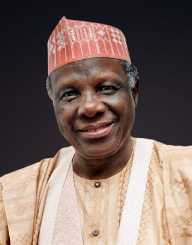 Benjamin Nnamdi Azikiwe was a high-rank Nigerian politician and nationalist and a journalist. Born on November 16, 1904, he was the last Governor-General of Nigeria and became the countries, first president, after it gained a republic status in 1963. He held the office until 1966 taking Nigeria through its first republic rule. Even before entering into politics, Azikiwe championed African nationalism through his journalism. He was a journalist in Gold Coast presently Ghana, where he first worked for Africa Morning Post, a daily newspaper in Ghana after his university education in 1934.

Benjamin Nnamdi Azikiwe was accepted for a colonial service as a clerk in the treasury after his secondary education. All this while he had a dream of traveling abroad to continue his education. Benjamin Nnamdi Azikiwe, therefore, applied to several universities in the United States and lucky for him, Storer College responded. However, this came with a challenge since the president of the college, said he will only be accepted if he could make his way there. Benjamin Nnamdi Azikiwe picked up the challenge and decided to embark on a stowaway by arranging with a seaman. While on the trip, one of his friends fell sick so was advised to disembark the trip in Sekondi, Ghana.

He received a master’s degree in Religion in 1932 and another in master’s degree in Anthropology in 1934 all at University of Pennsylvania. After his education, he instructed at the history and political science department at Lincoln and created an African history course there. He did his doctorate at Columbia University before returning to Africa in 1934.

On his return, Benjamin Nnamdi Azikiwe hoped to gain employment as a foreign official for Liberia, but since he wasn’t a native of the country, he was rejected. Benjamin Nnamdi Azikiwe then returned to Nigeria amidst a mammoth welcome as he was seen as a public figure. His aim to be gainfully employed in Nigeria also proved futile hence accepted an offer as the founding editor of African Morning Post, in Ghana in from a Ghanaian businessman, Alfred Ocansey. As an editor, he was given free hands to operate and had a personal column Inside Stuff by Zik.

His proposed New Africa was one free from ethnic affiliations and traditional authorities and transform under five philosophical pillars being, economic determinism, mental emancipation, spiritual balance, social regeneration and national Risorgimento. On May 15, 1936, Benjamin Nnamdi Azikiwe published an article by I.T.A Wallace-Johnson titled "Has the African a God?" of which he was charged with sedition. He was found guilty and sentenced to six months in prison, but upon an appeal, Benjamin Nnamdi Azikiwe was acquitted. In 1937, Benjamin Nnamdi Azikiwe returned to Nigeria to start the West African Pilot newspaper alongside others under the Zik Group of Newspapers. Through the West African Pilot, he promoted Nigerian nationalism.

Benjamin Nnamdi Azikiwe then contested on the ticket of National Democratic Party of the NCNC and won a seat on the Legislative Council of Nigeria for Lagos in 1950. Despite this, he and others refused to attend the first session still in their protest against the Richards constitution. The Macpherson constitution then came to replace that of Richards and took effect in 1951. The new constitution allowed for a regional House of Assembly election, which Azikiwe contested to gain a place in the House of Representatives even though he still had some reservations. He won a seat from Lagos but could not represent in the House of Assembly because the NCNC lacked the majority.

In 1978, Benjamin Nnamdi Azikiwe tried to revive his political career by joining the Nigerian People’s Party. Benjamin Nnamdi Azikiwe then made an unsuccessful for the seat of president first in1979 and also in 1983. In December same year, there was another military coup forcing him to leave politics. He diedon 11 May 1996at the University of Nigeria Teaching Hospital, Enugu