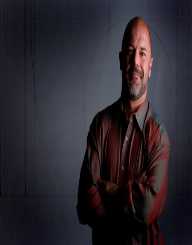 Andrew Sullivan was born on August 10, 1963. He is a writer, blogger, editor and a political commentator. His blogs are among the most read in the world. In 2000, he started his own political blog called andrewsullivan.com’s Daily Dish. He has worked for blogs such as TheAtlantic.com and TheDailyBeast.com.

Andrew Sullivan was born on August 10, 1963, in Godstone, Surrey, England. He was born into a Catholic family. He was brought up alongside two siblings. He attended Reigate Grammar School. He later attended the Magdalen College in Oxford where he took modern history and modern languages. He regarded himself gay when he was a teenager, and this made him feel alienated from the rest of the world and lonely as well. After attaining his Bachelor’s Degree of Arts, he joined the John. F Kennedy School of Government at Harvard University. In 1986, he graduated from the university with a Masters in Public Administration.

In 1998, he began writing for The New York Times Magazine. In 2002, he was fired by Adam Moss who is an editor.  In 2000, he established his own political blog titled andrewsullivan.com’s Daily Dish. His blog became popular among the general public and the world as well. His blog developed a huge online readership. He also blogged for Time.com as well. In 2007, he began blogging for TheAtlantic.com. He later started blogging for TheDailyBeast.com. He posted his last blog in 2015 and retired thereafter.

Andrew is gay and is out of the closet about it. He is also HIV positive, a diagnosis that was made in the 1990s. He supports gay rights and same sex marriages.