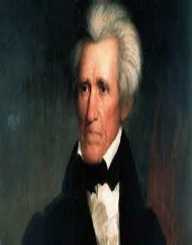 Andrew Jackson was born on March 15th, in 1767. He is famous for being the 7th president of the United States. He is also credited with being among the founders of the Democratic Party. He was also a renowned landowner and a lawyer. Later on in his career, he was highly acclaimed for being a national hero. He was a major contributor in bringing an end to the British invasion in 1812. This victory had a major influence in his election to office in 1828. He was hailed as the “People’s president.” Among the many changes he brought with him, he is most remembered for destroying the Second Bank of the United States and that he was among the founders of the Democratic Republic. He died at the age of 78 years.

Andrew Jackson was born on March 15th, 1767. His place of birth was in between North and South Carolina in the Waxhaws region, United States. His father was named Andrew Jackson whereas his mother went by the name Elizabeth Hutchinson Jackson. Jackson was the youngest in a family of children. Robert and Hugh were his older brothers. Sadly, Jackson never got the chance to see his father as he passed away weeks before he was born. Later on, his mother also died in 1781 as a result of contracting cholera for she was attending to war prisoners.
The death of his brother Hugh in the Battle of Stone Ferry encouraged Jackson to join the local military while he was still young.

In 1781, Jackson and his older brother Robert were imprisoned by the British. At the time of his imprisonment, he was given a permanent scar by one of the officers for failing to heed into command. He had been ordered to polish a soldier’s boots, but he refused. He was cut on his face and his left hand. Sooner or later, his brother contracted smallpox and died shortly after being released by the British. This was followed closely by his mother’s death. With deaths surrounding Jackson partly due to the British influences, his enmity with the British also heightened.

In 1801, Andrew Jackson took over as the Tennessee, militia commander. At this time, he was a colonel in the military ranks. After a year, he served as the major general. Soon, War of 1812 erupted, and Jackson was at the frontline of fighting against the British troops. In 1814, he was finally victorious as he conquered the Red Sticks. This was at the Battle of Horseshoe Bend. During this battle, approximately 800 Red Sticks were killed. This defeat prompted the British to release approximately 20 million acres of land in areas of present-day Alabama and Georgia. Shortly after this victory, in 1815, they clashed yet again with the British troops this time it was in the Battle of New Orleans. To Jackson’s surprise, they also defeated their enemies regardless of the fact that they were largely outnumbered. His tough nature in battle gave Jackson the name "Old Hickory."

Considering his success in the military, Jackson ventured into politics. He was one of the people’s favorites, and the Tennessee Legislature gave him the opportunity to run for the position of U.S. president. After his nomination in 1822, two years later, he was nominated by the Pennsylvania convention. During the elections held in 1824, none of the presidential candidates had won College’s majority votes. This, therefore, meant that House of Representatives would choose America’s next president. The speaker at this time was Henry Clay, and he supported John Quincy Adams, who was Jackson’s opponent. This led to the first winning of the presidential seat by Quincy Adams. Nevertheless, this was short-lived when the newly elected president claimed that his secretary of state would be Henry Clay. This gave the House the impression that this was a “Corrupt Bargain.”

The effect of such backdoor plans paved the way for his re-nomination in 1825. The other effect of this was that the new Democratic Party broke into two. Those House representatives were backing up Jackson, and some were against him. His opponents went ahead and dubbed him “jackass.” Loving this nickname, Jackson went ahead and used it as his symbol. To this day, the symbol is still being used in the Democratic Party of this era.

After a heated period of hatred campaigns, Andrew Jackson won the elections by a massive landslide. He defeated Adams into the presidential seat. His running mate during this period, John C. Calhoun became the vice president.

Andrew Jackson tied the knot with Rachel Donelson who was married at the time of their marriage. After Rachael was granted a divorce in 1794, they got married legally for the second time. The divorce that Rachael gained was considered as the first divorce to occur in Kentucky’s history. The couple lacked their children, and therefore they adopted three children.