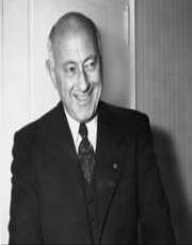 Allan Dwan was born on April 3rd, 1885. He was a famous motion picture director. Aside from this, he was also a screenwriter and a producer. What made him famous among other directors was the fact that he tried his best to shoot films cost-effectively. He mainly utilized his engineering knowledge that he had to achieve this.

Allan Dwan was born on April 3rd, 1885. His birthplace was in Ontario, Canada. Growing up, he was often teased by his school friends that his name was girlish. As a result, Dwan opted to change his name to Allan Dwan. When he was aged 8, his family relocated and moved to America. Later, he enrolled with the University of Notre Dame where he pursued an engineering course.

At some point, Allan Dwan spent some time working with Flying A Studios situated in La Mesa, California. He spent close to one year here since he began working in 1911 and left the following year. Back in the golden era, Flying A Studios was one among the first motion picture studios at the time.

Sooner or later, talkies were in town, and Allan Dwan was among the leading directors. Around this period, he directed Shirley Temple who was a child star back then. This was in the 1937 film called Heidi. The following year, he also directed her in Rebecca of Sunnybrook Farm.

Allan Dwan was quite helpful in ensuring that other directors took off their career on a high note. Victor Fleming and Marshall Neilan were among the directors that looked upon Dwan for professional assistance. Fleming later became successful in his directing career with celebrated films such as Gone With the Wind and The Wizard of Oz.

Allan Dwan spent years focusing on his career that lasted for about 50 years. All throughout his directing career, he directed about 125 motion pictures. Among these, notable ones were the likes of Sands of Iwo Jima -1946. His last project was in 1961.

Allan Dwan tied the knot with Pauline Bush in 1915. This relationship lasted for about four years. He married Marie Shelton as his second wife in 1927.