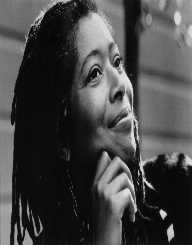 Alice Walker was born on February 9, 1944. She is an American writer, poet, and activist. She won the Pulitzer Prize for Fiction for her famous novel ‘The Color Purple’ which is about a black woman who goes through a lot of struggles in her life. In the 1960s, she took part in the Civil Rights Movement that was held in Mississippi. Alice is also a feminist as her works address issues of gender discrimination and patriarchy plus racism. Alice is a renowned author and poet who has a lot of poet collections.

Alice Malsenior Walker was born on February 9, 1944, in Putnam County, Georgia. She was born to Willie Lee Walker and Minnie Lou Tallulah Grant. Both her parents were sharecroppers. She was brought up along seven siblings. She came from a low-income family, but her mother worked so hard to ensure that she and her siblings were brought up well. To supplement the family income, Minnie worked as a sharecropper and a maid.

Alice was enrolled in school when she was four years old. Her mother insisted that her children will not work in the fields, but they will get the decent education instead. Alice started writing when she was 8. She graduated from high school in 1961 and was offered a scholarship at the Spelman College in Atlanta.

Alice later on transferred to Sarah Lawrence College where she graduated in 1965. She became an activist through the influence of her professor Howard Zinn. This drove her to be interested in the United States Civil Rights Movement. While still in college, Alice wrote her first volume of poetry titled ‘Once.’

Alice Walker accepted a position as a writer in residence at Jackson State College in 1968. In 1970, she moved to Tougaloo College. She also worked as a consultant in the Black History of the Friends of the Children of Mississippi Head Start Program. In 1970, she released her debut novel ‘The Third Life of Grange Copeland.’ In 1976, she released her novel ‘Meridian.’

In 1982, Alice released the novel ‘The Color Purple’ which made her famous. The novel explores the sexism, discrimination, and racism that African American women are subjected to. This novel was later adopted into a film and a musical titled ‘The Color Purple.’ In 1989, she released yet another novel ‘The Temple of My Familiar.’

Alice Walker is not only an author but a poet as well. Some of her poem collections include ‘Absolute Trust in the Goodness of the Earth,’ ‘Collected Poems,’ ‘Horses Make a Landscape Look More Beautiful,’ and ‘Her Blue Body Everything We Know: Earthling Poems’ among so many other poem collections.

In 1967, Alice Walker married Melvyn Rosenman Leventhal who was white. Their marriage was criticized because they were not of the same race. They faced a lot of harassment and discrimination in the course of their marriage. In 1969, they had their daughter, Rebecca Walker. The couple divorced in 1976. It is said that Alice was involved in a romantic entanglement with singer-songwriter Tracy Chapman in the 1990s. Alice has a net worth of $300 million.