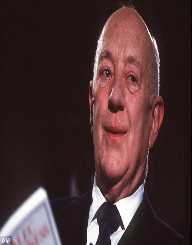 As observed, Alec Guinness still holds a legendary title after three good decades of his acting career. He possessed an impressive versatility that was promptly laid out over the course of his 66 well spent years. As dubbed by his peer actor, Peter Ustinov; Alec was a first-class performer who effortlessly personated his character traits.

Alec attained his worldwide fame by playing different roles such as ‘The Man in The White Suit,' ‘Sidney Stratton’ and ‘Fagin in Oliver.' His appearance as Colonel Nicholson in The Bridge on River Kwai garnered him an Oscar award. He was also admired for his amicable role in ‘Tinker Tailor Soldier Spy’ film.

Alec Guinness was born in London, England, Paddington, in Maida Vale on 2nd April 1914. Born into a hardship kind of family, Guinness came to know his name when he turned 14 years of age. He used his father’s name, Stiven throughout his childhood days. There is no concise evidence that Steven was his legal father.

He came to believe that Andrew Geddes was his birth father since he paid his education fee. Up to now sources say that Alec has never met his biological father. Fortunately, he went to live a decent life till he completed his college education.

Around 1932, Alec Guinness got a position as an advertising copywriter. When not at work, Guinness used to go to the theater. He didn’t mind to use all of his salary buying tickets. He always believed that his acting dreams are still valid. His determination made him raise some money for his first acting lessons.

By chance, he was taken by the Fay Compton School of Acting. While still learning the ropes, Alec was once told that acting wasn’t his talent by one of his assistant tutors. He continued with much zeal knowing that he had someplace to go.

At the end of the term, one of the judges Sir John Gielgud gave him an accolade performance. That is where he received two acting roles in the production of Hamlet and several acting prizes. In 1938, Guinness became an undying partner of the Gielgud’s London Company.

In 1939, Alec Guinness was featured in the Great Expectations film by Charles Dickens. The movie caught several directors’ attention, to be specific, David Lean. After six years, Guinness continued to cast in different novel’s screen.

From 1934 to 1946, Alec was seen in a new second screen contract. His most significant fame came in 1948 where he played the role of Fagin. Although his stereotyped makeup in the film caused different reactions, it was delayed but was later released.

In 1949, Alec Guinness started to receive an unbiased review from a high-end corner. He won several awards for his work in Coronets and Robert Hamer’s Kind Hearts. From 1951 to 1955, Guinness was associated with series of classic comedies including The Man in the White Suit, Lavender Hill Mob, The Detective and The Lady-killers.

Around 1955 his arts contribution was applauded by Queen Elizabeth and was then given the Commander of the British Empire recognition. In 1957, he won the Best Actor in an Oscar award. Guinness’ career will remain an acclaimed role in history. His popularity stretched till he was begged by George Lucas, director to play the role of Obi-Wan Kenobi in Star Wars.

Alec obliged to his leader’s rule, and it garnered a third award in Academy Award nomination. His role as Obi-Wan in the Return of the Jedi earned him both fame and millions. The irony came when he reportedly said that he hated the trait and he encouraged his director, Lucas to find a way and cancel the deal.

After his honorary award recognition in 1979, Alec Guinness appeared in various television series including the most notable one; Tinker, Tailor, Soldier, Spy. In 1988, he received his fourth Oscar recognition for his film in Dickens’ Little Dorrit. Guinness spent his spared time writing and producing.

In 1938, Alec Guinness married the love of his life; Merula Silvia who was an artist by then. Unfortunately, he died on August 5, 2000, at 86 years of age. He left his wife of 62 years who later died in 2003 and a son, Mathew Guinness who is now following his father’s footsteps.