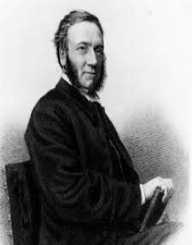 John Harvard was a New England Citizen and the founder of Harvard College. Harvard served as a deputy pastor in Massachusetts Bay Colony before his death in 1638.

John Harvard was born in Southwark, Surrey on 26th November 1607. He spent most of his childhood in his place of birth. Harvard was the fourth born in a family of nine children.

His parents were Robert Harvard who worked as a butcher and Katherine Rogers. He was a member of St. Saviour church where he was baptized.

Harvard later attended Saviour Grammar School, a school that was a foundation of the church. Harvard's father was a member of the school governing council.

Bubonic plague later struck his family in 1625, killing his father, and two of his siblings. His mother then passed away in 1635 and his brother also passing away in 1637.

Despite losing most his family members during his childhood, John Harvard's quest for education never died. With some property left behind, his mother was able to give him a good education.

John Harvard enrolled in Emmanuel College where he earned a Bachelor of Arts in 1632. He later attained masters in arts from the same university in 1635.

In 1637, John Harvard moved to New England with his family where they settled in Charlestown. He became a freeman of Massachusetts. He first became a teaching elder of the church before becoming an assistant pastor. A track of land was later deeded to him.

John Harvard was later appointed to the committee to oversee various things concerning a body of laws. Harvard built his house in Gravel Lane. Having inherited whole his family's wealth, he donated half of his wealth to Colledge now referred to as Newton. Also, the school also inherited his library. In his honor, the university agreed to be named Harvard College.

In 1638, John Harvard was diagnosed with tuberculosis. He died on 14th September 1638. His body was laid to rest in Phipps Street Burying Ground. Harvard never had any children.

A monument of Harvard was erected in Harvard University in 1828. A library has been named after him in Harvard Bridge.