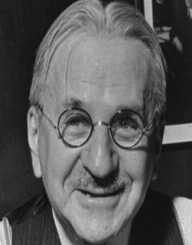 Albert Kahn was a prominent American industrial architect and considered one of the foremost within his era and the “the father of modern factory design”. Born on March 21, 1869, he earned the accolade “architect of Detroit” because that was where he was raised and started his architectural career. Kahn developed several famous industrial buildings, especially in the automobile field. Some of his iconic designs for the industry includes for the Packard Motor Car Company factory in 1903 and the Highland Park plant of Ford Motor Company in 1909. He received the Franklin Institute’s Frank P. Brown Medal posthumously in 1943.

Albert Kahn was born on March 21, 1869, in Rhaunen, in the Kingdom of Prussia to Joseph and Rosalie Kahn. His father was a rabbi. The family migrated to Detroit in the United States in 1880 during which young Kahn was 11 years. He received little education. During his teenage, he worked as an apprentice at the architectural firm Manson and Rice under a leading Michigan architect, George Mason.

Kahn later received a scholarship from the American Architect magazine after to study abroad. Together with another architectural student Henry Bacon, they traveled to European countries like Belgium, France, Germany, and Italy. Bacon would later design the Lincoln Memorial in Washington DC.

Back home, Kahn worked with several architects in Detroit before establishing himself. He formed the architectural company, Albert Kahn Associates in 1895, which has since grown to become one of the largest in the world. He worked with his brother Julius Kahn to develop a more sustainable and new style of construction by replacing wood in factory roof, walls and supports with reinforced concrete. This new concept provided better fire safety measures and allowed the installations of large volumes interior. The company’s first industrial commission was the design for the Packard Motor Car Company factory in 1903. The factory came up as a great standard and with that, several other companies gained interest in Kahn’s designs. Among these was Henry Ford, who commissioned Kahn to design the Highland Park plant of Ford Motor Company in 1909.

He would later design the giant Ford River Rouge Complex in Dearborn, Michigan in 1917. The half-mile long Rouge became the largest manufacturing complex in the United States and in the world at a time. It was able to contain a workforce of 120,000. He worked on many other commissions from Henry Ford throughout his career.

He designed most of the buildings and houses built for the Hiram Walker family in Walkerville, Ontario in Canada including the Willistead Manor. He developed a strong interest in historical building and that manifested in some of the houses he designed in Detroit’s Indian Village, The Dearborn Inn, which is the first world’s airport hotel, the Cranbrook House and the Edsel and Eleanor Ford House. He also designed the landmark 28-storey Art Deco Fisher Building in Detroit. The Architectural League of New York honored the edifice as the most beautiful commercial structure in 1928.

Kahn designed the first tractor plant in the USSR, the Stalingrad Tractor Plant, through an agreement signed between him and President of Amtorg, Saul G. Bron in 1929. The following year, he signed another contract making him a consulting architect for all the industrial construction in the Soviet Union. Through these contracts, Kahn established a design bureau called Gosproektroi in Moscow headed by his younger brother Moritz Kahn. The bureau trained over 4,000 Soviet architects and engineers and designed about 521 plants and factories. He designed several buildings of the University of Michigan in Ann Arbor including Hill Auditorium, Burton Memorial Tower, William L. Clement Library, and the Hatcher Graduate Library. Kahn designed several naval bases and army airfields for the United States government for the World War II. As of 2006, 60 buildings designed by Kahn have been listed on the National Register of Historic Places.