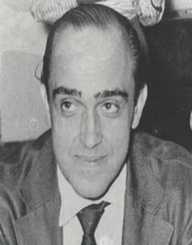 Oscar Niemeyer was a Brazilian architect considered as one of the key figures who immensely contributed to the development of modern day architecture. His work was a demonstration of free-flowing designs.

Oscar Niemeyer was born 15th December 1907. He was brought up from a wealthy family setup. At an early age, Niemeyer had no aspiration of being an architect.

He went to Santo Antonio Maria Zaccaria priory school and later dropped out at the age of 21. After leaving school, he married Annita Baldo. He then went on to pursue his passion at Barnabas College in 1923. In 1934, he went to the National School of Fine Arts in Rio De Generio later graduated in1934.

Oscar Niemeyer worked for his father at a typography house for a short while before joining the Escola Nacional de Belas Arts.

In 1936, Niemeyer and Costa formed a partnership that was responsible for the design of many major buildings between 1936 and 1943, including the design for Brazil's Ministry of Education and Health building.

They also worked together on Brazil's icon, Mayor Fiorelli La Guardia who later declared him an honorary citizen of New York because of his impressive designs. He represented Brazil as part of the team to design the new headquarters of the United Nations in New York City.

Oscar Niemeyer's hard political views cost him the comfort of staying in his country of birth. He moved to Paris after his office had been recklessly destroyed by government officials. He furthered his career in career in France, and his clients were from all over the world. His most notable piece of work was a design of the University of Science and Technology-Houari Boumediene in Algeria.

Oscar Niemeyer married Anna in 1923, and the couple had one child Anna Maria. The two were married until the demise of Anna in 2004.

Despite his retirement, Oscar Niemeyer still went to his office at the age of 104. He had outlived his peers and found solace only in his work.

Oscar Niemeyer's long life was cut short on 5th December 2012 in Rio de Janeiro, Brazil. He was accorded an honorable send-off at the presidential palace he had designed.

Oscar Niemeyer received the Pritzker Architecture Prize in 1988, the highest award of his profession, for his design Cathedral of Brasilia.