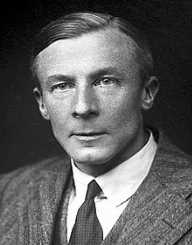 Alan Hodgkin came to prominence as a promising physicist and biophysicist. He was a holder of a Nobel Prize in Medicine in Physiology that he also shared with Sir Andrew Huxley and John Eccles. As a trio, they co-discovered the movement of nervous system processes as well as transmission of nerve impulses. They came to prove that fiber that transmits an impulse is quite higher than the one that remains at rest. Before its approval, an argument occurred in between.

However, it was later referred to as voltage clamp by Sir Huxley and Hodgkin. With tons of experiments, the two proved that the nerve fibers allow only certain chemical element (K) to pass when the membrane is at rest. On the other side, sodium ions paved the way when the fibers are active and not at rest. In short, the process is called depolarization or Hodgkin Cycle. Read further to grasp more about Alan’s early and later achievements.

On 15th, February 1914 a couple called Mary Wilson and George Hodgkin were blessed with a son in Banbury, Oxfordshire, England. He was none other than Alan Lloyd Hodgkin whose father breathed his last due to a short illness in 1918.His dearest mother remarried an influential man called Lionel Smith with whom she lived with for eternity. Before joining Gresham’s School for six years, Alan first enrolled at The Downs School in Malvern. He later joined the Cambridge University in 1932 where he completed in 1936.

It was in 1935 that Alan Hodgkin started to work on his theories including the nervous system of reptiles. While still at Cambridge University he got a chance to work as a laboratory assistant in 1937, New York. He worked under Gasser. For a year Alan learned how to dissect invertebrates, all thanks to K. S Cole who worked at Woods Hole. In 1938 Alan went back to Cambridge where he started to further his research with the help of his student called A.F. Huxley.

For a year Alan went to work for the British Air Ministry. For a short period, Alan continued to work on his previous experiments as well as giving birth to new ones. Some of his early works include the aircraft nigh-fighting systems as well as scanning and display systems. In 1945 Alan joined Cambridge University where he worked as a lecturer at the Physiology department. It was there that he met Huxley and the two opted to continue with their early experiments.

Huxley and Lloyd extended their research by introducing electrical and chemical processes of nerve fibers till the end of 1952.In the following year, he was appointed as the leading researcher at Royal Society.

Although WWII halted their work for some time, they reprised in 1952 with a publication and final findings. For three years, Alan went to serve on the Royal Society Council and later at the Medical Research Council. He also got a chance to chair as the foreign secretary of Physiological Society. It was a position that he held for seven years. In 1966 Alan acted as the chief foreman of the Marine Biological Association as well as the leading member of Royal Society in 1970.It was also the same year that he served as the professor of biophysics at Cambridge University. The following year he went to work at the Leicester University, until the end of 1984.From 1978 to 1985 Alan worked as the Master of the Trinity College.

In between his study and research, Alan Hodgkin joined several departments and institutions. Some of them include the Foreign Member of the American of Arts and Sciences, Louvain and Berne Universities, University of Newcastle and American Philosophical Society.

Throughout his career, Sir Alan’s writings raised him into the world of fame. His first book was called The Conduction of the Nervous Impulse that was released in 1964. He also published his autobiography called Chance and Design in 1992.From 1958 to 1973 Alan Hodgkin received several awards and recognition. Some of the notable ones include the Royal Medal of the Royal Society, Nobel Prize in Medicine, Copley Medal, Order of Merits and the membership of the Royal Danish Academy of Sciences in 1964.

When it comes to his personal life, Alan Hodgkin tied a nuptial knot with Marion Rous in 1944.The couple had a son called Jonathan and two daughters named Deborah and Sarah. The union was also blessed with another daughter named Rachel. On 20th, December 1998 Alan Lloyd Hodgkin breathed his last in England.