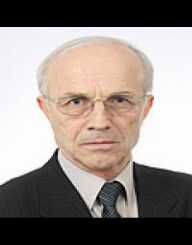 French biologist, a medical doctor and scientist Alain Louis Bombard was born in Paris, France on the 27 October 1924.

Alain Louis Bombard qualified as a doctor and worked in the cardiology department of a hospital at Boulogne-sur-Mer.

Alain Bombard became interested in survival at sea after the recovery of the bodies of 21 sailors who had died after their trawler was shipwrecked. Developing a theory that a human being could survive an ocean crossing without provisions, he decided to test his hypothesis. He took his inspiration from the 1947 Kon Tiki expedition of Thor Heyerdahl who had proved that it was possible to cross an ocean in a rudimentary raft living off fish.

Bombard had also studied the Polynesians who took the sea water from large fish, such as tuna or shark by cutting a V-shape and drinking the liquid found at the base of the incision. Bombard claimed that it was a pleasant drink. He also did not take Vitamin C or fresh fruit, believing that plankton would provide all the nutrients required for the voyage.

Alain Bombard set out in August 1952 to cross the Atlantic. Initially, he was accompanied by Jack Palmer, a British navigator. Palmer dropped out at Tangier, and Bombard continued the voyage alone. He sailed in a rubber dinghy without water or food with the intent on providing that he could survive on fish, rainwater, and plankton. His inflatable dinghy was 15-ft and carried a sextant, nylon filter, fishing gear, a few books, oars, and a sail.

During the voyage, the weather was stormy with heavy seas, and he almost drowned on more than one occasion. The dinghy was also holed by a swordfish. He spent 53 days eating raw fish and plankton, drinking rainwater and a pint and a half of sea water daily. He met up with the British steamer, Arakaka, twelve days before the end of his voyage and was taken aboard for a light meal, then continued with his journey.

Bombard arrived in Barbados on the 23 December 1952. He felt unwell and was hospitalised; he had also lost 55 lb in weight during the voyage. Later in life, he had problems with his spine, possibly due to a lack of calcium caused by the crossing.

Upon his return, Alain Bombard founded a marine laboratory at Saint-Malo which focused on the study of physiopathology at sea. Then in the late 1950s, an attempt to cross a sandbar near Lorient in a new type of dinghy ended in tragedy when eight men drowned after his boat and a lifeboat sent to rescue them overturned in the surf. He built a bigger research boat but ran into financial difficulties and in 1963 attempted suicide.

Alain Bombard was a Socialist, and in his fifties, he entered politics. Initially a regional politician, he served in the French Environment Ministry in 1981. He was also a member of the European Parliament (1981-1994).

Alain Bombard was a recipient of France's Legion of Honor.

Alain Bombard was married and had five children. Bombard lived to be 80, dying in Toulon, France on July 19, 2005. He wrote many books about his experiences including The Bombard Story.