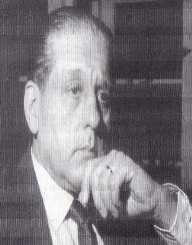 Adrian Kantrowitz was an American surgeon who is best known for carrying out the first pediatric and second ever heart transplant.

Kantrowitz was born 4 October 1918 in New York City, New York. He was the son of Bernard and Rose Kantrowitz. His mother worked as a costume designer. His father was a physician at a local clinic in the Bronx. It was from his father that Kantrowitz developed his early interest in medicine. From the age of three, he spoke of becoming a doctor. Kantrowitz also had an elder brother, Arthur. Kantrowitz and his brother had an interest in science and technology as children and often carried out experiments in the family home. Kantrowitz attended DeWitt Clinton High School. He then went to study at New York University. He graduated in 1940 with a degree in mathematics. He quickly went on to study medicine at Long Island College of Medicine and received his medical doctorate in 1943. Kantrowitz was able to graduate so quickly due to a programme which aimed to produce physicians for the military to aid the war effort.

Kantrowitz served his internship in the Jewish Hospital of Brooklyn. There he focussed on neurosurgery. He even wrote papers on alternative clamps for use in brain surgery. On completion of his internship, he began work in United States Army Medical Corps. Kantrowitz was a battalion surgeon and was deployed in both the European and Pacific theatres. He was discharged from the army in 1946. He had obtained the rank of major. Upon leaving the military Kantrowitz began focusing on cardiology to advance his career, his preferred field of neurosurgery offered fewer possible positions. He worked in Mount Sinai Hospital, Manhattan in 1947. The following year he moved to Montefiore Hospital in the Bronx. He worked as an assistant to the resident surgeon before working on the cardiovascular research unit and becoming the chief resident of surgery.

Kantrowitz was involved in much of the cutting edge research into the heart at this time. He worked on developing artificial hearts in animals and worked on numerous other biomedical devices. Kantrowitz was involved in a team that developed a device for emptying the bladders of the paralyzed. He also helped develop the first implantable pacemaker in 1961. While working at the Maimonides Medical Center in Brooklyn and the New York Academy of Sciences Kantrowitz was involved in the insertion of artificial valves in some patients. The surgeries seemed to be successful. However, the patients all succumbed to other diseases soon after the operations. In researching the possibility of heart transplants, Kantrowitz carried out over four hundred transplants on dogs. After five years of animal trial, Kantrowitz and his team were able to source a patient and donor to attempt the first human transplant. However, his efforts were scuppered by a ruling that a person must suffer cardiac death before becoming a donor. This made the donor heart useless; today brain death is the requirement for a donor. A race was then on between Kantrowitz, Christiaan Barnard, and Norman Shumway to become the first to perform a successful human heart transplant.

Barnard was the first performing the operation on 3 December 1967 in South Africa. Three days later Kantrowitz carried out the first human heart transplant in America and the first on a child in the world. The patient survived just six hours after the surgery. Together with his brother, Kantrowitz developed the intra-aortic balloon. The device could be used to relieve strain on the hearts of the victims of cardiac arrest. In 1970, Kantrowitz and his surgery team took up residency at Sinai Hospital in Detroit. He also worked as a professor at the Wayne State University School of Medicine. He continued working on research until 2008.

In 1948, Kantrowitz married Jean Rossensaft. Together they had three children, two daughters, and a son. Kantrowitz’ wife and children all worked in the medical profession. In 1984 he founded L.VAD Technology Inc. The company worked on research into technology to help with cardiovascular illnesses. His wife served as vice president of the company. Kantrowitz died on 14 November 2008 of heart failure.