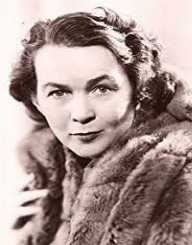 Adela Rogers St. Johns was born on May 20, 1894. She was an American journalist. She was also a novelist and a screenwriter. Adela was renowned as The World’s Greatest Girl Reporter. She died at the age of Ninety Four years.

Adela Rogers St. Johns was born Adela Nora Rogers in May 20, 1894, in Los Angeles, California, United States. She was born to Earl Rogers and Harriet Belle Greene. Adela was brought up as the only child. She later joined Hollywood High School. In 1910, she graduated from the school.

In 1912, Adela Rogers St. Johns sparked off her career by working for a San Francisco Examiner Hearts as a reporter. She was a Politics, crime, and sports news reporter. In 1913, she transferred and started working for the Los Angeles Herald. She later worked for the Photoplay Magazine as a writer. She then engaged some of her time in writing short stories for the Saturday Evening Post, Cosmopolitan.

In 1927, she reported on Jack Dempsey-Gene Tunney “Long-count” Fight. She also wrote on the treatment of the poor during the Great Depression. In 1935, she wrote on Bruno Richard Hauptmann’s trial for kidnapping and murdering Charles Lindbergh’s son.

Career as a Novelist

Career as a Screenplay Writer

Adela died on August 10, 1988, in South County Convalescent Hospital situated in Arroyo Grande, California. She died at the age of Ninety Four years.