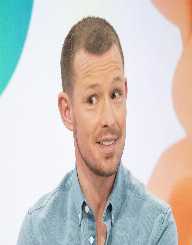 Adam  Rickitt was born 29th May 1978, to Peter and Jill Rickitt. He was born in Crewe, Cheshire, England. Adam  Rickitt is one of four children, with three brothers, Sam, Tim, and Mark.

Adam  Rickitt attended Sedbergh School in Cumbria for his education. As a teenager, Adam  Rickitt suffered bulimia. With the help of his mother, he recovered and has since spoken out publicly to raise awareness for male sufferers of the disease, whom Rickitt feels are the forgotten victims.

Adam  Rickitt is multi-talented and has done modeling, acting, and singing. He did modeling when he was young, and appeared in many UK magazines, including, Cosmopolitan, and Attitude.

Adam  Rickitt's girlfriend circulated photos of him to various talent agencies, and it was one of them, Nigel Martin-Smith who saw Adam  Rickitt's potential and got him to audition for the part of Nick in Coronation Street.

Adam  Rickitt' won the role and was with the popular television series from 1997 to 1999. He returned through 2003 and 2004 but had his contract terminated, along with several other cast members, when a new producer took over the.

When Adam  Rickitt left the show in 1999, it was to launch a music career. He signed with Polydor, but after one single making number five in the charts, and subsequent singles and his album not performing well at all, Polydor dropped him.

From 2002 to 2006, Adam  Rickitt was on stage. He performed in the UK tour of Rent the musical, then Office Games. He was then in a new play, Final Judgement.

In 2007, Rickitt went back to acting. He was cast as Kieran Mitchell in Shortland Street and stayed with the show until he was written out in 2010.

He then tried his hand at music again in 2010. He released a single from his new album which failed to get into the charts, and consequently, the album never got released.

In 2005, Adam  Rickitt had the approval to become a candidate for the Conservative Party. He appeared on several television shows trying to gain momentum and publicity, and also attended many Party functions. In the end, his political aspirations didn’t proceed.

Adam  Rickitt married Katy Fawcett in December 2014. Fawcett is a presenter on morning television in the UK.

Adam  Rickitt has been involved in charity work for some time. He was the Capital Appeals Manager for the Royal Society for the Prevention of Cruelty to Animals but resigned the position in 2013. He then began work with Help Harry Help Others which is a cancer charity.

He is also Chief Executive of Caerus Partnership, a foundation for mental health.