Alchemy was a type of secret science – like practice that was used hundreds of years ago, and could still be in use today. Many people only think that Alchemists worked on the Philosopher’s Stone, the stone that was supposed to be able to turn any metal into gold, cure injuries, and even extend life. While it is true that many Alchemists strived to make the stone, that’s not all that they did.

If you’ve ever read Harry Potter and the Philosopher’s (Sorcerer’s) Stone then you know that there was a man named Nicholas Flamel who worked on the secrets of the stone. While the book got his historical fact right, there is no proof that he actually created the stone. It’s not just unheard of strange men who worked on the stone either.


One of the best known Alchemists was Isaac Newton. Much of the old Alchemist’s work was not just for fantasy though, as it gave way to modern chemistry. Their symbols also stuck around through the years as well. They often used these symbols in their writings. Many of their symbols are related to zodiac signs, hieroglyphics, and Greek symbols. 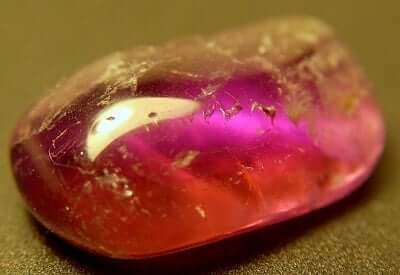 One symbol that related to some other symbols is the alchemical symbol for iron. Symbol is the same as the symbol for “male” and also “planet Mars” in astrology. There are a few reasons why iron shares these symbols. For one, iron is a decently strong metal, and most males are supposed to be rather strong. Iron also deals with the philosophical symbolism of temper and instinctual actions. Iron was used very often in alchemical experiments. This is because iron is highly abundant and can be found in most places. It can also be bought rather cheaply because of its abundance. Iron is supposed to symbolize male energies as well.

Triangles were used often in alchemy symbols as well. Fire element and air element were represented with up-pointing triangles. The only difference was that air had a horizontal line through it triangle. Earth and water were symbolized with down-pointing triangles. This time earth was the one with the horizontal line through it. Triangles aren’t just only important in alchemy though.


Triangles are often used to represent important groups of threes, like the Father, Son, and Holy Ghost or the past, present and future.

Triangles can also symbolize opposite groups of two like male and female, good and evil. dark and light. If you want to learn more about triangle symbolism then you can read an article on this website on the symbolism of basic shapes.

One interesting thing about alchemy is that they didn’t just symbolize the different metals and things that they used, but they also symbolized the different alchemical processes they used. This includes how they did things in their experiments. They didn’t just make up new symbols for their alchemical processes though. They used the symbols of the zodiac. For example, multiplication was represented by Aquarius, congelation was symbolized by Taurus, and distillation was shown by using the sign for Virgo.

While alchemy is rarely used in today’s day and age, the symbols they used as still just as interesting today as they were back then. Understanding their symbols is key to understanding their experiments. If we can read their encoded notes, then maybe chemists today can do the things that Alchemists strived to do years ago. Even if it is impossible to make a sort of Philosopher’s Stone, it’s still interesting to learn more about alchemy symbols, as well as the other symbols all over the world and all around us.