The ox animal totem, or oxen, have been worshiped for centuries in many religions, were important in agricultural societies, and are now used as mascots for sports teams.

Oxen were used as symbols for strength and fertility in many cultures, and are still used to symbolize some of these things even today. This article will discuss the oxen spiritual totems importance in ancient cultures, it’s impact on religion and other beliefs, other important facts about oxen, and what an ox symbolizes in a dream.

Because of the oxen’s strength and power, it was used as a religious icon in many ancient civilizations. Sometimes these animals were worshiped to bring strength in the people who prayed to them. In other religions, like the ones in ancient Egypt and Greece, oxen were given as animal sacrifices to other gods.


The sacrifice of such a strong animal was supposed to bring strength to the country, the people in the religion, or the individual who sacrificed the animal. Sometimes oxen spirit totems were sacrificed to the different gods or goddesses of agriculture or harvest to make sure that all the farming in the area would go well. In some places, oxen were the symbol of fertility. An oxen might be sacrificed to give a better chance for a couple who were trying to have a child. 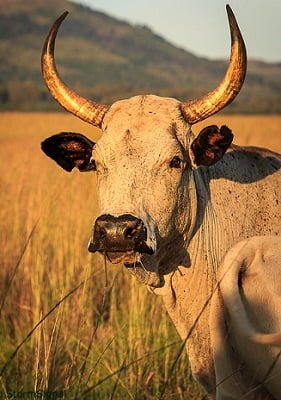 The ox animal totem was especially important in ancient Celtic culture. In some ways the Celtic ox was seen to have many positive and desired traits, but also some negative ones as well. Like in some of the other cultures we have discussed, in Celtic culture the ox was also seen as a sign of fertility in women, and a sign of virility in men.


It was said that if symbols of oxen were put in a couple’s bedroom, then it would encourage them, or make it easier, for them to produce a child. The ox was also often associated with energy, to reproduce and do even just do chores around the house and outdoors on a farm.

Since the ox was such an important farm animal to the Celts and so many other cultures, the oxen was often associated with farming and agriculture, but also money. Many Celtic people made a lot of their living by farming, or by other things that they could use oxen to help with, so the animals were a symbol of financial growth of strength. The animal was also used as a symbol of physical strength as well. However, the ox is also considered to be a sign for the bull-headed and stubborn, some of it’s only negative traits.

Oxen symbol meanings also have an importance in dream symbolism. If you see a healthy oxen  symbol in your dream, then it is supposed to mean that you are going to have good luck in the future, either with financial matters or fertility matters. It can also mean that new opportunities with love or work will soon be in your future.

However, if you see a weak, sick, or dead ox, then you’re not very likely to have good luck in anything. You may have a death in the family soon, a great loss of money, or troubles with conceiving a child. To put it simply, a healthy and well-fed ox symbol means good things to come, while a sickly or dead ox means quite the opposite.

In today’s time, oxen symbolic meanings are often still seen in the same ways as they were seen hundreds or even thousands of years ago. While machines are used more than oxen in farming in many countries, the symbolism of strength and fertility of the oxen has not gone away.

The ox is often a sign of strength as a mascot for many sports teams. Over all, the ox can be seen as symbolizing confidence, power, stability, fertility, determination, and even stubbornness in both today’s world and in the worlds of long-ago cultures.