An Overview of Voodoo

Voodoo is a very prevalent part of American mythology, incredibly present in the world of Hollywood, and inevitably tied to diabolical acts of evil and most prominently work with puppets and the creation of zombies.

Unfortunately, like most things that have gotten Hollywood’s loving attention, it has been deeply misrepresented in what it truly concerns.

First and foremost, it is important to understand that Voodoo is more than just a collection of dark magic and working with spirits of evil and malicious intent. It is a religion with deep roots, and a heavy significance to those who practice it. It’s original roots lay in Africa, brought to the Americas by the slaves sold by their own people to white slave traders.

When they came to the new world, they encountered the very prevalent Catholic faith, and incorporated it into their religious practices. This was partially a way to mask their continue practice of their home faith, and partially as the nature of Voodoo allows for the incorporation of the concept of Saints. 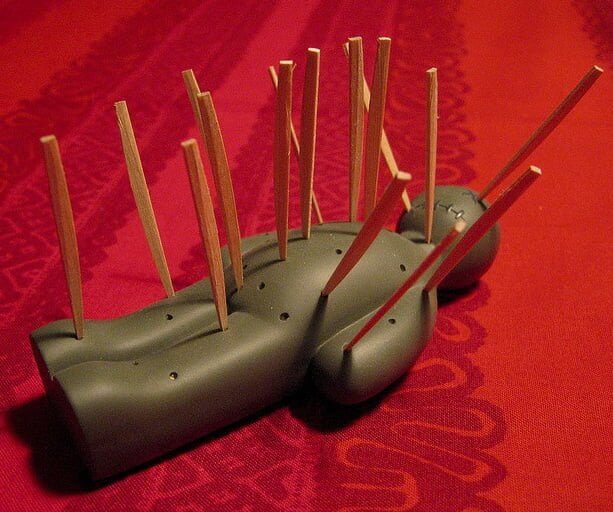 While the Voodoo faith does have a single creator being, Bondye, and his mate Gran Met, they have largely become indifferent to the world they created and therefore don’t play much into it’s practice. Instead the religion primarily concerns itself with powerful spiritual beings known as Lwa (pronounce Low-Uh).

There are also entities known as ‘The Twins‘, being concepts of good and evil, happy and sad, who are occasionally honored. The dead are also deeply revered and honored in the Voodoun faith.

Included in these services are healings, ceremonies to pacify, or even call upon the great spirit they serve. Initiations fall under their purview, bringing in new priestesses and priests, as well as acts of divination, the creation of magical charms and potions, and the workings of spells for protection and other purposes.

In those heartlands of Voodoo, such as New Orleans, Jamaica, and Haiti, there are both public and private ceremonies of Voodoo. Their holidays are often held where anyone who chooses to can attend, and include the calling of relevant Lwa to the ceremony.

One of the more remarkable aspects of the faith is that the Lwa can and will possess anyone, who are called chevrons or ‘horses’ when it happens, and use them to communicate with their followers, delivering messages and charges to those attending.

Animal sacrifices are common among the faith, but the nature of these sacrifices are often misrepresented. Yes, blood is important as the very essence of life in many workings, but the Lwa hold a deep and abiding respect for life.

To kill an animal as part of a ceremony, and to then not honor it’s life by consuming it is a good way to gain the ire of the Lwa. With the deeply personal and interactive nature of the Lwa, this can lead to rather unpleasant consequences.

This is a scant and woefully insufficient introduction to this faith, but it is my hope that it will create some clarity, and merit further investigation by those who are interested in learning more.

Know that much like Wicca of the early 1900’s, this faith has a public reputation that has little to do with its truths. Like all things, you should study more before thinking that Hollywood provides any true representation of its depth.