Importance Of Jade In Feng Shui

Importance of Qi In Feng Shui

Feng shui is an art and philosophy of life that originated from ancient China. The primary concern of Feng Shui is the flow of Qi or energy.

The goal is to balance one’s Qi, both personal and spatial. The way one does this is complex, but one of the most basic principles of all Feng Shui has to do with the five elements: wood, fire, earth, metal, and water. If one were to conduct a search of Feng Shui, it is likely one will come across jade, an earth element. Jade has been found in the earliest archeological digs located in China. Why was it so important, and why does it continue to be in today’s Feng Shui practice? It is important to know the background and details before the lore of the jade in Feng Shui.

What Is Jade Crystal?

The name jade is used for two different minerals actually. First, there is Nephrite. The colors tend to be on the brown side, from a light beige or olive green to actual brown and even black. It is the more common of the two, and in modern times, the actual monetary value of Nephrite depends more upon the craftsman than the material. In ancient China, it was collected from the Yangtze River and Henan Province until the deposits were depleted. Today, most of China’s native jade comes from the Xinjiang Province to the northwest.

Second, there is Jadeite. Today, this is the type that is treasured the most; most likely because of its scarcity. The colors are a variety of greens, although it has been known to appear pearly white. The most valuable Jadeite, called “Imperial Jade” is brilliant emerald green with traces of chromium, a lustrous, hard metal which resists tarnishing. It is often used to make stainless steel. There is a special luster to it that makes it extra special. 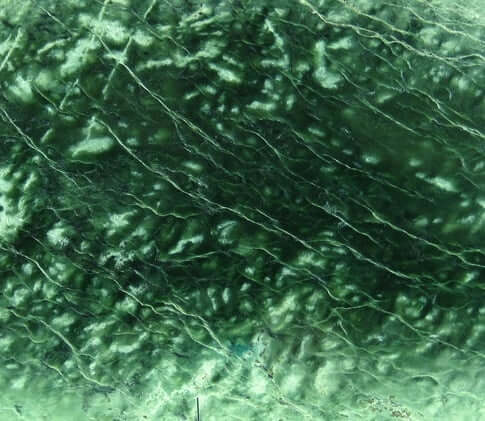 Importance Of Jade In Feng Shui

Chinese history can help explain the importance of jade in Feng Shui. The use of jade goes back to the Neolithic Period. The meanings of the tools and ritual objects uncovered by archeologists has largely been lost. The items themselves are large and simple in design. Also found from this period on through to modern times are the cong and the bi. The cong is a box that is rounded inside and squared off outside. It is thought that the meaning of the box merged with the meaning of jade itself; a link between earth and sky, of the physical and spiritual.

The bi is a disk with a hole in the middle. Early examples were simple, but as the centuries passed, they became more and more intricately carved with symbols holding special meaning. Even today, merchants sell bi made of jade for good luck. Jade was also considered the royal gemstone; more precious than diamonds or metals like gold.

In Feng Shui, jade means more than just luck. Depending upon the color of the jade, it can mean health, wealth, fertility, longevity, etc. That is why so many objects are made from jade that have to do with Feng Shui practices. Green jade, the most popular and commonly seen form, represents long life and health, while blue jade assists with relaxation.

Brown jade helps people adjust to new surroundings, red jade generates energy and passion (so much so that it is not advisable to wear at all times). White jade helps in decision making. One needs to be careful when researching different meanings of jade, as certain New Age beliefs have filtered into some Internet sites claiming to be pure Feng Shui.

Benefits Of Jade In Feng Shui

In Feng Shui, jade protects and supports the owner, in part because it is a stone from the earth, and therefore, it is part of the earth element. Not surprisingly, Feng Shui incorporates ancient Chinese beliefs about jade as described above.The reason why jade jewelry is so popular is not only for looks. There are a number of reasons why people find it important for luck.

First, it is a very old tradition for a parent, significant other, or close friend to give a jade bracelet as a sign of protection and love. Some will even go so far as to say that the Qi or energy of the jade circle becomes a part of the person’s Qi, and that it “purifies the blood.”Some believe that this tie creates a bond affecting one’s overall health. Because of this belief, very traditional practitioners never remove jade jewelry. There is a saying that if one’s jade is not polished and pristine, that person needs to pay more attention to his or her health, as the jade is a good indicator.

Jade is used to make objects based on Chinese lore for Feng Shui as well. Pixiu is one of five lucky animals. The others are the turtle, the dragon, the phoenix, and the kylin. Pixiu is unlike any animal in nature; it can fly, it has the head of a dragon, the legs of a kylin, and the body of a horse. Many Chinese call it the “fortune beast.” It is a protector and a generator of good energy and luck. Having a Pixiu made of jade makes the owner twice as lucky.

Dragons, too, are considered very powerful symbols of luck and dominance. Having a dragon made of jade is one of the most potent healing objects one may have in the home. It is important to know where to place this object, however. Do not place your dragon in closets, the garage, or especially the bathroom, as this is disrespectful. The humble cicada, an insect with an usually long life span, is a symbol of long life. As such, it has come to aid with healing in Feng Shui. When a cicada is made from jade, that meaning is powerfully amplified.

Taken as a whole, jade crystal is important to Feng Shui because it has been a part of Chinese history and culture since 10,000 B.C.E. That background must have had an influence. Feng shui came about as a result of several millennia of observations and experiments. That, combined with what was already known made jade the most precious substance in Feng Shui and Chinese culture.

Share
Previous Flowers In Feng Shui
Next What Is Animal Totem Meditation?