Those born between September 24 and October 23 fall under the seventh zodiac sign of Libra.

Symbolized by the scales, Librans are always concerned with finding balance in their lives. And since they are ruled by Venus, the goddess of beauty and love, they appreciate the finer things in life.

Libra spans the 180-210th degree of the zodiac, and is situated between Virgo and Scorpius in the sky. The brightest star in the constellation is called Gamma Librae or Zubenelakrab, which means “the scorpion’s claw.”

It was called so in ancient Greece, as well as in Babylonian astronomy. But in Babylonia it was also known as Zibanu, translated as “the scales” or “balance.” The scales were sacred to the sun god Shamash, who was also the guardian of truth and justice. 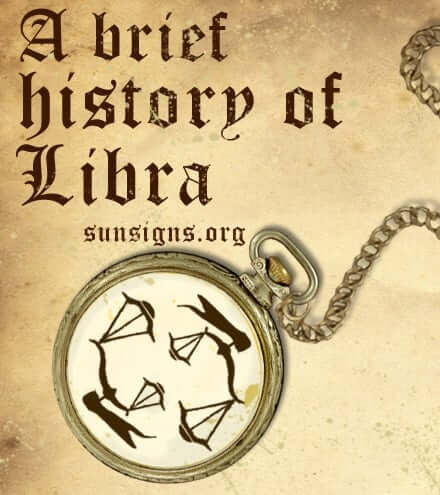 In Arabic zubana means “scorpion’s claws”, and this resemblance may be why the Scorpion’s claws became the Scales. And in Roman mythology, Libra was thought to symbolize the scales of justice held by Astraea, goddess of justice. She is also recognized as Virgo. So Libra has associations with the constellations to either side of it.

Some people believe Libra sun sign is also associated with balance because the days and nights at the time of the autumnal equinox are equal in length. Libra is considered a cardinal modality and an air element.

Where Libra falls is at the beginning of the autumn season, and people are harvesting the fruits of their labor. It is a time of action, a time to get ready for the change in nature.

The winds are shifting and temperatures are getting colder, and it’s imperative that everything is taken care of before the harsh winter sets in. That’s why Librans are so concerned with balance – this can be a time of chaos if people aren’t careful.

Other attributes have come to be associated with Libra astrology over the years. The anatomy ruled by Libra is the kidneys, their metal is copper and their color is pastel green. The kidneys efficiently process the blood and sift out the wastes in the body, offering a balanced internal system.

Venus is associated with copper because she was said to have been born on the shores of Cyprus. The word copper comes from the Latin word cuprum, which is derived from the Greek word Kyprus. And the pastel color is not too bright or too dim, signifying an even hue.

Seeing where this star sign falls in the seasons, it is clear why those born under the Libra sun are so concerned with maintaining harmony in their lives. This is a time of transition and it’s important to keep things in perspective.

While nature is in the middle of change, people can do things to move with it and keep up with the shifting winds. And at a time when leaves are changing from green to more colorful reds, oranges, and yellows, it’s the perfect season to enjoy all of the beauty that nature has to offer.