The Revati Nakshatra is the last of the celestial sisters. The fact that Revati means wealthy has long been a source of debate as it seems counter-intuitive to associate this region of cosmic transition with wealth. However, from an alternate translation we are told that Revati also indicates transcendence.

The dual nature of the Nakshatra is embodied in both its symbols, 2 swimming fish and a hand drum. The fishes are indicative of the spirit’s journey through the celestial oceans: all the paths a soul travels while on earth are encompassed in this symbol.

Revati’s drum, although a hand drum, is always played with drumsticks. The drum was used in many cultures to communicate, pass on teachings and for ceremony. In this birth star, the drum illustrates the relationship to communication and knowledge sharing.

Pushan, a solar god, rules this region and fills it with light. His presence lights the way so travelers will be safe on their journeys and gives the Nakshatra an influence over all things travel related. It is perhaps Pushan’s presence here that gives the region its association with wealth.

For it is he that brings affluence, abundance and wealth. Vishnu, the protector of the Trinity, also overseers this Nakshatra and is present here to gather life force and consciousness as they transcend the physical plane. His influence also suggests accumulation of wealth in all its forms: material goods, experience and information. 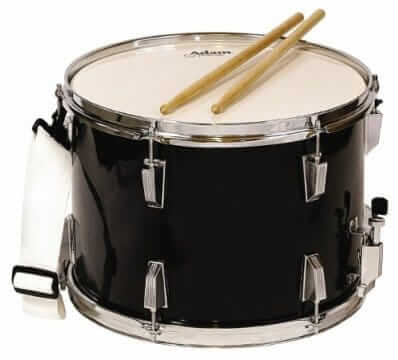 The Revati birth star people in Vedic astrology are known for their independent and courageous nature. They are also typically regarded as indecisive people despite their intelligence. They are prone to being quite practical and have little value for religion and spirituality.

Known to be average sized, the Revati has a good body structure and a pleasing appearance. They are generally fair skinned.

Highly moral folks, the Revati native rarely strays from their convictions. Although they are not spiritual, they are highly intuitive and are known to heed their inner voice. They put a strong front for the world and are actually known to be quite fragile people. They tend to face many life challenges and may consider themselves failures unless adequately supported. 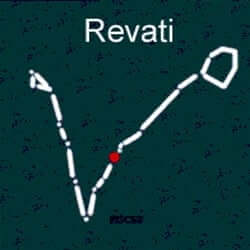 Blessed with a strong work-ethic and driven to success, these intelligent people will do well in their careers. The Revati is known to work in science, medicine and mathematics. They are also drawn to arts, writing in particular; and are sometimes found in politics.

The Revati generally raise themselves. The little support the get from their parents makes them the independent creatures they are. While issues with the birth family will be abundant, in their marital relationship, they will be very satisfied.

The natives of Revati tend to neglect diet and exercise and may experience ongoing dental issues, hearing problems and ulcers.  Fever may also be a source of concern for the Revati Nakshatra natives.