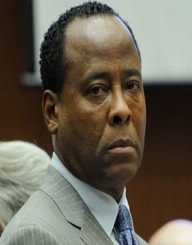 Conrad Murray is a Grenadian American cardiologist who made headlines for his involuntary manslaughter case against pop star Michael Jackson in 2011.

Conrad Robert Murray was born in the St. Andrews parish in Grenada on February 19, 1953. He grew up under the watch of his maternal grandparents. His parents lived separately miles away from Grenada. Milta, his mother, lived and worked in the neighboring Caribbean island country of Trinidad and Tobago. Murray’s father Rawle Andrews worked as a medical doctor in Houston City in the USA. When he turned seven, Murray moved to Trinidad to live with his mother. He acquired Trinidadian citizenship like his mother. His mother enrolled him to the local schools where he finished his elementary and high school education.

He took a volunteer job to help in teaching the elementary school children in his locality. The experience helped him secure jobs as a customs clerk, and later an insurance underwriter. He used the money to buy a house and speculated for some time when he turned 19. Murray sold the house after a while for a profitable margin and raised money for his college education. He moved to the US in 1978. After meeting his father, he stayed in Houston for two years until 1980. Murray enrolled at the Texas Southern University. After graduating from his pre-medical school, he went to study medicine at the Meharry Medical School in Tennessee.

He graduated from the only African American college in the southern states. Coincidentally, his father also studied medicine at the Meharry Medical School. Murray went to Mayo Clinic to continue with his studies as a resident physician at the clinic in Minnesota. He later moved to complete his residency at the Loma Linda University Medical Center based in California. Upon finishing his basic undergraduate studies, he went to the University of Arizona to specialize in cardiology on a paid sponsorship. He got his certification and went back to California. In California, the cardiologist worked at the Sharp Memorial Hospital cardiology department as an associate director.

Despite his brilliant medical career, his personal life was crumbling around him. He had fathered seven children with six women. As the women successfully sued for child support, Murray became a besieged person. His medical practice did not generate much due to it serving the poor in the community. He gradually accumulated debts and tax payment backlogs. With a series of court cases and hefty child support obligations, Murray became broke. He filed for bankruptcy in 2002 in the state of California. His woes compounded with other creditors joining in with court cases. By 2008, Murray faced over USD 400,000 cumulative payout verdict against him in court cases. They included a lack of payment for delivery of medical equipment, student loans, tax payment delays, and children support for his several children.

Murray met the pop musician Michael Jackson way back in 2006. Jackson, a regular visitor to the fast lane city, consulted Murray on treating one his children. The details of the consultation remain vague to date. The two became close friends. In 2009, Jackson insisted to his promoter to hire Murray as the musician’s personal doctor during the upcoming musical tour. Murray agreed to the USD 150,000 a month offer. Jackson had another issue for Murray to solve, overdependence on prescription to regulate his body functionality.

The pop star had a major issue with his sleep patterns. He suffered from acute insomnia or lack of regular sleeping. He went to bed after a dose of unknown concoctions of prescription drugs. One of the drugs he became really dependent on was propofol. This is a highly potent relaxer that is administered intravenously into patients in medically controlled doses. With Murray, Jackson forged a friendship outside the medical field. He prevailed to Murray to give him a dose of propofol on a daily basis.

On June 25, 2009, Jackson finished his musical session at the Staples Center in Los Angeles. Murray came in to administer anti-anxiety and muscle relaxants to his patient. He went ahead to introduce the propofol dose in Jackson’s nervous system. Murray came back and found Jackson not breathing. He administered another drug to clear the propofol from the system while trying to resuscitate his patient. Jackson never woke up. He was pronounced dead at arrival at the Ronald Regan Medical Center in Los Angeles.

Murray was charged with manslaughter for the death of Michael Jackson following the autopsy report. The coroner noted that Jackson died following an overdose of propofol. After six weeks of legal arguments, the court found him guilty of a lesser charge of involuntary manslaughter on November 7, 2011. He got the maximum prison sentence of for years. He stayed in jail for two years and got paroled in October 2013. Murray still pleads his innocence and has appealed to clear his name for wrongful conviction.