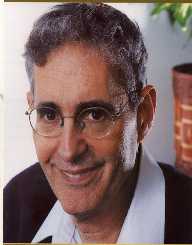 Howard Martin Temin was an American Virologist and Geneticist born on December 10th, 1934. He is best remembered for his contribution to reverse transcriptase discovery. He worked on the discovery with David Baltimore and Renato Dulbecco. This earned them the Nobel Prize for their contributions to medicine or Physiology in 1975. The reverse transcriptase formed a basis for understanding the behavior of cancer cells. It also led to understanding the Aids Virus. His interest in biological sciences developed when he was in high school.  He was 18 when his first scientific work was published.  His first research was majorly on cancer. Unfortunately, the cancer researcher was diagnosed with the disease he was researching which led to his death in 1994.

Howard Martin Temin was born on December 10th, 1934 to a Jewish family. His place of birth was Philadelphia, Pennsylvania in the United States. His father was a Henry Temin. He worked as an attorney. His mother was Annette Lehman. She was an activist, especially on academic matters. Temin had two brothers: Peter Temin and Michael Temin. Their parents instilled in them the importance of independent thinking and social justice values.

Howard Martin Temin studied in at Central High School situated in Pennsylvania. He was among the participants of the Jackson Laboratory's Summer Student Program which took place in Harbor. He did quite well in the program, and since then he fell in love with biological sciences.

In 1951 he enrolled in the Swarthmore College and studied biology both as his minor and major subject. By 1955 he attained his bachelor's degree. Afterward, he joined the California Institute of Technology situated in Pasadena. He studied experimental embryology at the institute. He later specialized in animal virology under Professor Renato Dulbecco.  By 1959 he was through with his Ph.D. studies. He then became a postdoctoral fellow at Dulbecco's laboratory.

Howard Martin Temin began his career in the McArdle Laboratory for Cancer Research in 1960. He served as an assistant professor at the laboratory which was owned by the University of Wisconsin-Madison. While there he began his research on DNA provirus hypothesis.  He later became Associate Professor before his promotion as a full-time professor. In the 1960s his research led to his discovery of reverse transcriptase –RT. With this discovery, he shared the Nobel Prize for his contribution to medicine in 1975. Initially, the accuracy of his discovery was criticized by renowned scientists. But after another experiment by David Baltimore on the concept of RT, the discovery was accepted.

In 1974 he was appointed Cell Biology and Viral Oncology professor at the American Cancer Society. In 1979 he worked at the National Institute of Health (NIH). The director of the Institute appointed him as his advisor.  Within the same year, he also attained membership of human gene therapy. This was one of the subgroups of the DNA advisory committee. Meanwhile, he was a member of the National Academy of Sciences as well as the American Academy of Arts and Sciences.

Howard Martin Temin was awarded the NAS Award in Molecular Biology in 1972. This was towards his contributions towards his reverse transcription discovery. In 1975 he shared the Nobel Prize in Physiology or Medicine. His other associates were Renato Dulbecco and David Baltimore.

In 1962, Howard Martin Temin tied the knot with Rayla Greenberg. She was a medical geneticist. The couple was blessed with two daughters.

Howard Martin Temin succumbed to lung cancer on February 9th, 1994. He was 59 years old at the time of his death.