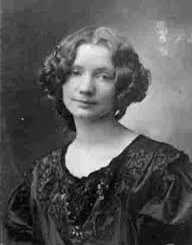 Gerda Wegener was a Danish avant-garde painter whose work was a celebration of feminist erotica depicted through fashionable and sensual women in brazen postures and poses.

Gerda Wegener married the transgender Lili Elbe, who was one of the first ever documented person to undergo sex reassignment surgery. The Elbe was one of her favorite subjects. Wegener’s work advocated eroticism and sexual emancipation of women. Her works were both successful and controversial at her time.

Gerda Marie Fredrikke Gottlieb was born on March 15, 1886, into an orthodox family in the little village of Hammelev. She had three siblings, all of whom died in their childhood. Wegener moved to Copenhagen at the age of 17 and enrolled herself at the Royal Danish Academy of Fine Arts.

After winning a drawing competition in the leading Danish daily Politiken, Gerda Wegener started working as a fashion illustrator in several popular magazines such as Vogue and La Vie Parisienne. When she was 19, her work was showcased at the Charlottenborg Art Gallery.

She graduated three years later. It was here, where she met her husband, landscape painter Einar Wegener. The same year, Wegener was embroiled in the first of many controversies. Her portrait of Ellen von Kohl was rejected by both Charlottenborg Exhibition and Den Frie Udstilling. The painting’s symbolism was ostensibly seen as blasphemous, and the dispute was famously known as the Peasant Painter Feud.

Einar dressed up as women in exquisite fashionable dresses, wearing gigs, heavy make-up, sporting short bobs with exotic fans in hand. She became Wegener’s diva and femme fatale in many of her paintings.

Einar and Gerda Wegener lived in a world of their own. Wegener created many paintings with both of them together in them. She was a leading proponent of Art Deco in the early 20th century, and her craft was more celebrated in à la mode France than in her home country. Einar dedicated herself so much into Wegener’s art that she started living as a woman and came to be known as Lili Elbe.

The art world was given a jolt in 1913 when it came out in the open that the alluring woman depicted in Wegener’s paintings was her husband, Einar. The scandal was further fuelled when Einar decided to go under the knife and have a sex-change operation in 1930.

Wegener’s oeuvre also consisted of women in various sexual poses and engaged in sexual acts, a particular style which she indulged in during the latter part of her career. Such illustrations were published in many fashion magazines and art books.

Gerda Wegener met Einar at the Royal Danish Academy of Fine Arts, and the couple got married in 1904. However, after Einar gave way to Lili Elbe, the marriage was not accepted by the then Danish society and was annulled by Christian X, the King of Denmark, in October 1930. Lili Elbe died of complications of the sex reassignment surgery in 1931.

A devastated Wegener remarried soon when she tied the knot with Italian diplomat Major Fernando Porta. The marriage didn’t last long and soon ended in divorce in 1936.

Two years later she returned to Denmark. Wegener never really recovered from Elbe’s death and pined away for her in solitude for the rest of her life. She became an alcoholic and died on July 28, 1940, in Frederiksberg, Denmark.