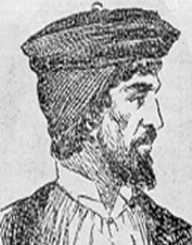 Miguel Corte-Real was one of the earliest Portuguese explorers to sail across the Atlantic Ocean to the North American coastline.

Miguel Corte-Real was born around the year 1448. Some historians are still debating on the actual year. He was born into a family of Portuguese nobility. Miguel was the first son of Joao Vaz Corte-Real, the governor of the Azores Islands in the kingdom of Portugal. The other siblings in the family were Gaspar and Vasco Anes.

Like most children of noble parentage of the time, Miguel was schooled in elite institutions. His education comprised of governance, diplomacy, military aspects, and sea or voyage expeditions. The expansive and wholesome education prepared the young nobles for the future governance tasks ahead in life. After his education, he was sent to apprentice at the home of the Duke of Beja in Lisbon. The Duke later became the king of Portugal, under the title King Manoel 1.

During the 15th century, Spain and other European countries had made progress in their exploration missions on the land west of the Atlantic Ocean. The mission findings prompted the Portuguese monarch to fund Portuguese voyages. Miguel and his brothers were among the initial sailors to get the royal funded sea expeditions. Like their father, the three brothers became skilled sailors. Their father sailed and colonized the Azores Islands into Portuguese territories. The government gave him the governance of the islands as a reward. Joao’s fate coupled with the fantasy stories from the returning sailors boosted the morale of the young brothers.

In the middle of the summer months of 1500, Gaspar sailed to explore the lands across the Atlantic Ocean. He captained the fleet of three ships to what is today Greenland. His expedition charted the shoreline of the massive island for months. Gaspar returned to Lisbon at the fall of 1500. Miguel financed the first voyage but did not sail with them. He was assigned other naval duties by King Manoel 1.

The second voyage started in 1501. This time Miguel was part of the expedition. He captained one of the three ships, with the overall fleet command under his brother Gaspar. Due to the bad weather in the Atlantic Ocean, the fleet drifted from its path. Miguel and the crew went west from the original plan, eventually landing in the northern part of the American continent. The landing site is believed to be the Canadian part of Newfoundland. To prove of his discovery, Gaspar managed to capture and send to Portugal some Native American tribesmen. The three ships set sail back to Portugal later in 1501. The fleet separated in the high seas due to storms and bad weather. During the split, Gaspar turned back to the new land. The two ships docked safely in Lisbon. Gaspar, his ship and the sailing crew never came back to the Portuguese capital of Lisbon.

The following year, the king commissioned a search and rescue expedition under Miguel’s command. King Manoel 1 promised to grant Miguel all the land he would discover and conquer during the voyage. The fleet again comprised of three ships. They sailed all the way to the North American continent and docked at the previous landing site. The search team split into three to broaden the coverage area. They agreed to meet at a confirmed point after a specific period of time. Two of the ships returned safely to the meeting point. The third ship did not return. Like Gaspar earlier, Miguel also disappeared in the high seas in 1502. The two ships returned to Portugal with the sad report. The younger Corte-Real sought permission from the king to make another voyage in search of his missing brothers. The king refused to grant him the financial assistance he needed. The royal monarch feared that he would disappear just like the other two.

Miguel and Gaspar yet again confirmed the Portuguese dominance in the discovery voyages. The kingdom continued in its quest to conquer the continent. As much as the Portuguese laid claim on Greenland, their Nordic counterparts from Norway and Iceland were the first to colonize Greenland. In the coming years, they were overtaken by the British and the Spanish in the colonizing of the American continent.

The two brothers put the Portuguese kingdom in the scramble for the conquest of the new lands. The Kingdom of Portugal laid claim on Greenland and the northern parts of Canada. This brought in the Portuguese presence in the North Atlantic region.