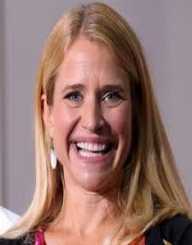 Janna Ryan was born in 1969. Her official birthplace was recorded as Madill, Oklahoma in the USA. Her maiden name was Janna Christine Little. Janna was the first child in the family of three daughters. Her parents were both practicing lawyers.

The will to equalize things in life started in her childhood. She joined the organization 4-H. This was a charitable organization in Madill which helped the underserved in the society. Janna came from a wealthy family but had a servant philosophy. This was influenced by the fact that most of her family relations were in public service.

Janna Ryan went to Wellesley College after her elementary studies. This was an exclusive girl’s school for the rich. It carries a long list of famous alumni like former first lady Hillary Clinton and former diplomat Madeline Albright. She then progressed to George Washington University. In the US capital, she studied and graduated with a degree in law.

Janna Ryan seemed to have followed in her mother’s footsteps. Her mother was a lawyer and sat on the Oklahoma Ethics Commission. Armed with her law certification, Janna stayed back in Washington DC to practice law. She was employed by a lobbying company. As a lobbyist, she worked for mega-conglomerates in the US. Some of the companies were Marathon Oil, Cigar Association of America, and Novartis. She continued to practice law until the year 2000. After getting married, she decided to put her career on hold and raise a family.

In 1999, Janna Ryan met a rising Republican politician Paul Ryan during her 30th birthday party celebrations. After a brief introduction by a friend the two became good friends. They continued seeing each other, and in 2000 they got married in Oklahoma. They later relocated to Paul’s home state of Wisconsin.

The couple has three children who live with their mother in Janesville, Wisconsin. Janna resigned from practicing law to support her husband’s political ambitions. Rather than moving to Washington with her husband, she decided to stay back and raise the children in a quiet environment.

Even before meeting Paul Ryan, Janna Ryan had been in politics for a considerable period. Her family was well represented within the Democratic Party circles. Her paternal grandfather was a founding member of the American Party in 1960. Janna’s uncle was a former Democrat governor and congressman. Another cousin served as a Democrat in Congress.

In one of the rare blends of American politics, Janna who worked as a Democrat lobbyist in Capitol Hill decided to support her husband who was running on a Republican ticket. Paul himself grew up as a Democrat. Paul Ryan won the elections as a Wisconsin Congressman. In Washington, he was elected the speaker in the House of Representatives.

When Mitt Romney chose Paul Ryan as his presidential running mate in 2012, Janna Ryan was pushed into the national limelight. The years of staying away from politics were over. All these years as a Congressional wife she had managed to stay out of the spotlight. Few people knew her outside the district her husband represented in Congress. Even though she had a young family, she supported her husband in the rigorous presidential campaign. After the national tallying was over, the Romney-Ryan camp had lost the incumbent Obama-Biden camp.

She returned to Wisconsin to continue with her maternal duties. Her husband declared his retirement from politics in 2018. The long 14 years of being a Congressional wife were over. Paul was first elected to the Congress in 2004.

It is to be seen what Janna Ryan will do after her husband retired from politics. To say that Janna has a big heart is an understatement. From her childhood, she joined hands with others to help the society. She continued the same as a lawyer in Washington DC. After her marriage, she sacrificed her career to support her husband election bid. Even after her husband was elected to Washington, Janna stayed behind to raise her family in a peaceful environment. Her actions have endeared many in the State of Wisconsin.

Janna is also a humble down to earth character. She inherited millions of dollars from her mother upon her death. In spite of her new found wealth status, she continued to be the easy going lady that most of her friends and community knew.