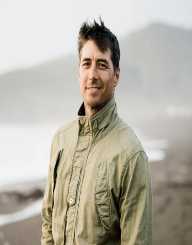 Jonathan William Moseley was born 27th August 1975, in San Juan, Puerto Rico. Moseley's family moved to California when he was young. He studied at The Branson School, located in Ross, California.

He began skiing lessons when he was nine years old. Moseley joined the Squaw Valley Freestyle Ski Team in 1992. Before long, he won his first Junior National title.

In 1994, Moseley failed to qualify for the Winter Olympics in Norway. He enrolled at UC Davis the following year to continue his education. With his intense training schedule, he couldn't complete his studies. In 1998, Moseley won the first two World Cup events of the year. He joined the U.S. Ski Team, and he took part in the Winter Olympics in Japan.

Moseley won a gold medal in Japan at the Olympics, as well as the U.S. National title. He also won the 1998 World Cup Mogul Skiing title.

In 1999, the International Skiing Federation revised its rules to let athletes take part in professional events as well. Moseley was instrumental in the change taking place.

Moseley then won the U.S. Free Skiing Open in 2000. The following year, he qualified for a place in the U.S. Ski Team. He competed at the Olympic Games in 2002, and he came fourth.

He sells products with his logo through his online business. Moseley has also appeared in commercials for companies like McDonalds and Sprint. After retiring from competition, Moseley moved into television. He hosted a reality show called Real World/Road Rules Challenge. Moseley has also narrated ski movies, and he has hosted a weekly radio program called The Moseley Method.

He is hosting a marketing campaign for the Ford Motor Company.

Moseley joined American Ninja Warrior in 2011 as a co-host.

Among his honors and awards, Moseley has the following:

1998: Sportsman of the Year by the U.S. Olympic Committee
2002: Post-Olympics athlete host of Saturday Night Live

In 2006, Moseley married Malia Rich. Rich was a business manager, and the couple met in high school.