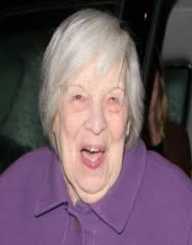 Anna Wing was an English actress whose career in television and theatre spanned over seventy years. She is best known for playing the irascible matriarch Lou Beale in BAFTA award-winning British soap opera EastEnders, which is still running since 1985.

Before the War broke out, Anna Wing had already tried her hand at acting in a couple of TV movies. In the 1950s, she played small roles in many TV movies and TV shows. In the 60s and 70s, she worked in a number of films and TV shows both.

Wing was regular on stage too with notable credits including Early Morning in 1969 and A Man for All Seasons two year later. She worked with many legendary filmmakers like Alain Resnais, John Schlesinger and actor turned director, David Hemmings. In Resnais’ 1977 masterpiece Providence, she shared credits with her childhood idol John Gielgud.

Anna Wing's most memorable role was that of the tenacious and grouchy matriarch Lou Beale, in BBC’s EastEnders. While auditioning for the role, Wing took her birth certificate along with her to show that just like her onscreen character, she was also a daughter of a bona fide Hackney greengrocer. EastEnders’ demanding schedule meant Wing had to give up the stage adaptation of Adrian Mole.

She was determined to play Lou Beale, and her performance was universally praised. Eventually, Wing had to quit the show. She later said that the show was ‘killing’ her and she was growing fatter each day. She also mentioned that the ‘bitchy backstage atmosphere’ was getting too much for her.

Post EastEnders, Anna Wing resumed her work on stage and was inundated with a number of offers from TV. She acted in films like Family Matters, The Calcium Kid starring Orlando Bloom, Tooth, etc.  At 91, she performed in a short film titled Ex Memoria which was nominated for a British Independent Film Award for the Best Short film. She continued to act till 97, appearing in a music video Is It Cool? by Quarrel in 2012.

Anna Wing's first marriage was with actor Peter Davey. Actor-director Mark-Wing Davey is their son. The couple divorced six years later. She was in a relationship with the British surrealist poet Philip O'Connor with whom she bore another child. Wing was a proud grandmother of five children.