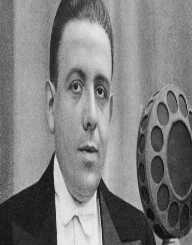 Francis Poulenc was a French pianist and composer his light-hearted piano performances and his religious music compositions.

Francis Poulenc was born on 7 January 1899 in Paris, France. His parents were Jenny Royer and Emile Poulenc. Poulenc’s father was the co-owner of the pharmaceutical company, Rhone-Poulenc. Poulenc grew up in a very wealthy and very pious family. Poulenc and his family were Roman Catholic. His mother introduced the young Poulenc to the piano, and he began receiving lessons aged five. The earliest influences on Poulenc were Debussy and Shubert. Despite his aptitude for music, Francis Poulenc received a traditional education studying at Lycee Condorcet. 1916 saw Poulenc discover the bookshop of writer Adrienne Monnier. There he met several notable avant-garde poets whose works he would set to music. The same year Poulenc also began studying piano under Ricardo Vines. Vines became a surrogate parent to Poulenc as his mother died when he was sixteen and his father when he was eighteen. Vines taught his young student how to compose music and would premier three of his works.

1917 saw Francis Poulenc make his debut as a composer with his, Black Rhapsody. The piece drew on African art and poetry. The success of the piece brought Poulenc into contact with Stravinsky and Ravel, musicians he greatly admired. Stravinsky secured Poulenc a publishing contract. His encounter with Ravel left Poulenc dismayed as he found his views on music completely contrary to his own. However, he greatly admired the Ravel carried himself in public life. Poulenc was conscripted in 1918 and served in the last months of the First World War. After the conclusion of the conflict, he worked as a typist for the French Ministry of Aviation.

He was discharged from the military in 1921. He had used his time in the military and his light duties to focus on music composition. Many of his works involved setting poetry to music, and a number of his pieces led to his name and work spreading outside of France. The 1920s saw Poulenc become a member of what was termed, The Six. It was six composers who all knew each other and were similar in age but had rather varied views on music. Despite this, the media dubbed them, The Six, and they began to collaborate. Their works are notable for the pieces being completely unrelated to each other which reflected the group’s diversity. During this period Francis Poulenc became very sensitive to his lack of academic musical training and was advised by Ravel to study composition. He began working with Charles Koechlin between 1921 and 1925.

In 1924, Francis Poulenc produced his best-known work, Les Biches, which he debuted in Monte Carlo. This stage well spread his fame with his work being highly regarded in Britain as well as his native France. In his twenties, Poulenc had enjoyed great inherited wealth as well as his self-made fame and earnings, and this was reflected in his works. In his thirties, however, he began producing more serious and religious-based works. This was due to some personal tragedies as his friends, Raymonde Linossier and Pierre Ferroud died causing a noted change in his humor.

He began collaborating with Bernac and advised him on choral recitals and operas. In 1938, Poulenc toured Britain and was repeatedly broadcast by the BBC. The Second World War again saw Poulenc called up by the French military and he was part of an anti-aircraft unit until France’s surrender in 1940. During the Nazi occupation Poulenc performed many anti-German songs and composed some of his own. His compositions were played by the BBC and were not broadcast in France till after the war had ended. After the war, a new wave of French musicians viewed Poulenc as outdated and his more serious music fell from favor. However, he was still warmly received in both America and Britain. He continued performing and composing until his death in 1963.

Francis Poulenc was widely known as a homosexual. In the 1920s he began an affair with the painter Richard Chanlaire which lasted until 1931. Despite this, he proposed to his friend Raymonde Linossier, who rejected his proposal. In the early 1930s, Poulenc was in a relationship with Raymond Destouches. His position as a known homosexual made his pro-French anti-German performances during the Nazi occupation of France all the more impressive as similarly well-known homosexuals were being arrested. In 1946, Poulenc fathered a daughter, Marie-Ange, with Frederique Lebedeff. Although the child was not told that Poulenc was her father. Marie-Ange was the primary beneficiary of Poulenc’s will. Francis Poulenc was deeply affected by the deaths of people close to him during his life and suffered from bouts of depression. On 30 January 1963, he suffered a fatal heart attack.