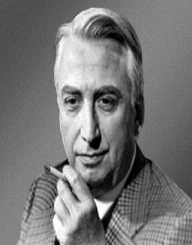 Roland Barthes was born in Cherbourg, France on the 12 November 1915. He was raised in Bayonne and Paris. He was physically frail, and this meant that he was not called up for military service. When he was young, his father died, and he had a close relationship with his mother. When a young man he helped form an anti-fascist group, the Defense Republican Antifascist.

His grandfather was a colonial administrator and explorer. Roland Barthes later resented his relations because his mother had struggled financially and his wealthy grandmother, who also lived in Paris, did not attempt to help the family.

Roland Barthes was a pupil at the Lycee Louis-le-Grand in Paris. He studied the classics at the Sorbonne between 1935-1939, obtaining an M.A. in 1941.

During WW II (1939-1945) Roland Barthes started publishing his first essays. After the war ended Barthes was employed at French Institutes in France, Bucharest, Romania and later in Alexandria, Egypt. It was around this time that he met Guy Greimas who interested him in structural semantics and semiology.

At the Centre National de la Recherche Scientifique he studied sociology and lexicology, reading widely on linguistic theory. He also started sending essays to the Parisian paper Combat, and this led to his first work, Writing Degree Zero (1953). Essays he contributed to the magazine Les Lettres Nouvelles formed the basis of his work, Mythologies. In Mythologies, published in 1957, Barthes argued against the myths of popular culture. This publication made his name, and he became increasingly well-known in France.

In 1960 he was given a teaching position at The École Pratique des Hautes études (EPHE) in Paris. During the next two decades, he traveled to various academic institutions around the world including North America, Japan, and Switzerland. In 1977 the Collège de France appointed him chair of Sémiologie Littéraire, a special professorship they created for him.

Works include Mythologies (1957), Death of the Author (1967) The Fashion System), S/Z, Empire of Signs, Sade/Fourier/Loyola, The Pleasure of the Text, A Lover’s Discourse and his last work Camera Lucida (1977) which was dedicated to his mother who had died that year.

Roland Barthes suffered from depression and boredom in later life. He died in Paris in 1980 after being run over by a laundry van. He initially survived the accident but died later in hospital.

Roland Barthes was a homosexual and felt marginalized by his extended family although he had a close, lifelong relationship with his mother. As an invalid, he often felt like an outsider.

Roland Barthes was nineteen years old when he was diagnosed with tuberculosis. He spent time in an Alpine sanatorium, and this interfered with his education.