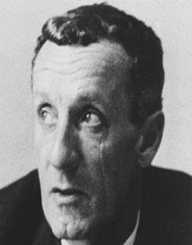 Maurice Jean Jacques Merleau-Ponty was a leading French scholar and philosophical thinker of the 20th century. His open intellectual debates brought in themes from across the spectrum.

Maurice Merleau-Ponty was born on March 14, 1908, in the southern French town of Rochefort-sur-Mer. He never grew up with his father, having lost him in 1913. Despite that, he was raised in a happy single mother family. Coming from the Catholic faith, his mother took him to Lycee Louis-le-Grand. This was a highly revered secondary school in Paris. After his graduation from high school, he enrolled at the Ecole Normale Superieure graduating in 1930. He had majored in philosophy.

Soon after his graduation, Maurice Merleau-Ponty lectured in several colleges in France. He later went back to lecture at his former university Ecole Normale Superieure. As the German army swept across Western Europe, Merleau-Ponty joined the French army. His stay in service was short lived. He was discharged soon after Paris fell to the Nazis.

As expected, he went back to teaching in college. He joined the clandestine French resistance movement, which helped in the liberation of France. With the Germans out of France and the WW2 over, he was admitted to teaching at the University of Lyon. Merleau-Ponty served in other junior capacities in different universities until 1952. That year he was elected the youngest head of faculty at the College de France Philosophy department.

Though his first book came in 1942, Maurice Merleau-Ponty started writing when he was in his late twenties. His maiden commercial book, The Structure of Behavior was written in 1938, but released four years later. Three years later, he continued his intellectual research in his next book The Phenomenology of Perception.

In 1948, he published another psychological critic book Sense and Nonsense. In his profoundly debating book, he explored the correlation between behavioral patterns and how they affect a person’s psychology. His last book on this debate, Signs, came in 1960, a year short of his death.

On political issues, Marxism was Maurice Merleau-Ponty's inclination. Due to his belief in equalization of the human kind, Merleau-Ponty aggressively endorsed communist ideas within and outside France. This intellectual stand made him lose some of his college friends Jean-Paul Sartre and Simeon de Beauvoir. They held a different opinion from him.

To emphasize his point, Merleau-Ponty wrote two publications to that effect. The first one was Humanism and Terror which was published in 1947, and The Adventures of the Dialectic in 1955. However, his change of position in the Korean War puzzled many. He publicly denounced the North Koreans despite his support for the Soviets. This was evident in his book The Adventures of the Dialectic.

Maurice Merleau-Ponty was married to Suzanne and had a daughter with a medical physician wife. He was a proponent of Marxism, a theory that denied mainstream religions a chance of existence. That was ended in his later years when he went back to Catholicism before his death.

Maurice Merleau-Ponty's work was distinctly unique. He dissected every topic to the atom. In arts, he separated two forms of expressions, the primary and secondary forms. To him, the spoken language was the primary form, while signs and gesture formed the second part of the expression.

Likewise in science, philosophy, and human perceptions, he delved into minute items of how the psychological patterns are formed in the human character and social anthropology.

To prove his influence in the society of intellectuals is not hard at all. Philosophers in both the scientific and artistic fields keep on quoting Maurice Merleau-Ponty in their forums and debates. Some authors have even published books influenced by Merleau-Ponty. Some clear examples are Andy Clark, Alva Noe, and Shaun Gallagher.

Maurice Merleau-Ponty died on May 3, 1961, in the French capital, Paris. HIs remains are interred in a marble coated grave at the Pere Lachaise Cemetery in Paris. Next to his grave is his mother’s grave. This is significant since his mother was his closest confidant while he was alive.

To most great minds, wars are won in debates. This was the case with Merleau-Ponty. His views on all the issues concerning the humankind were put to open intellectual analysis and criticism. The result was a well-informed society which had a choice on how to live.