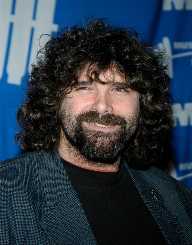 Mick Foley was born on June 7th, in 1965. He is famous for being an American WWE wrestler. Some of the ring names that he has recently used include Dude Love, Mankind, and Cactus Jack.

Mick Foley was born on June 7th, in 1965. His birthplace was in Bloomington, Indiana. His elder brother was called John.

After shifting places with his family and moving to East Setauket, New York Mick Foley went ahead and joined Ward Melville High School. Here, he began honing his wrestling skills. Aside from this, he was also a lacrosse player.

Foley’s early wrestling career took off in 1983. During this period, he took the roles of jobbers with WWF in shows such as Superstars of Wrestling and Prime Time Wrestling. At the time, he simply wrestled using the names, Nick Foley and Jack Foley.

With time, things improved as Mick Foley landed on better roles as he was called by notable wrestling promotions such as the Universal Wrestling Federation (UWF). After that, he joined the Continental Wrestling Association and wrestled under the name Cactus Jack.

In 1988, Foley went ahead and joined the World Class Championship Wrestling. He bagged home several titles while wrestling here.

Mick Foley has also featured in the documentary called Beyond the Mat -1999. This is a documentary that looked closely into the world of wrestling. In 1999, he released an auto-biography called Have a Nice Day! This was a bestseller as it topped the New York Times list of non-fiction works.

Mick Foley is married to Colette Christie. Together, the couple has been blessed with four children.