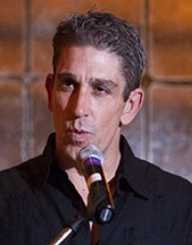 Richard Blanco was born on February 15, 1968. He is an American Poet. He is also a public speaker, an author, and a civil engineer. He is renowned for being the fifth poet to read at United States Presidential Inauguration since he read at Barrack Obama’s second Inauguration. He is currently Fifty years old.

In 2013, he alongside his family moved to New York City. He later studied at Wesleyan University, Georgetown University, American University, Central Connecticut State University and Writers Center. He is currently Macondo Writer’s Workshop member. He later wrote the poem ‘Queer Theory, According to My Grandmother.’ His other works appeared in Indiana Review New England review, Tri-Quarterly Review, Michigan Quarterly Review, Americas Review, and The Nation.

In 2013, Richard Blanco was selected as the inaugural poet in the second inauguration of Barrack Obama. He read his poem ‘One Today.’ He later published ‘Fall All of Us, One Today.’ He also wrote the poems ‘Mother Country’ and ‘What We Know of Country.’ He also performed in Boston Strong Benefit Concert, reopening of United States Embassy in Cuba, Freedom to Mary, the Tech Awards of Silicon Valley and Fragrance Awards. In 2014, he published ‘The Prince of Los Cocuyos.’ In 2019, His fourth poetry book ‘How to Love a Country’ will be published.

In 1999, Richard Blanco received the Florida Individual Artist Fellowship. In 2013, he won the Paterson Poetry Prize. In 2014, he received an Honorary Doctorate of Letters from University of Rhode Island, Colby College, and Macalester College. He also received an Honorary Degree from the Maine College of Art. In 2015, he was awarded the Lambda Literary Award for Gay Memoir and Maine Literary Award for Memoir following his work ‘The Prince of Los Cacuyos.’

Richard Blanco is gay. He lives with his partner in Bethel, Maine. He is currently Fifty years of age.