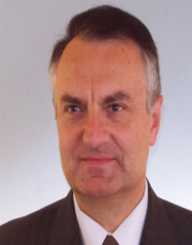 Salvador Moncada studied medicine at the University of El Salvador (1962-1970) and did his doctorate in London at the Institute of Basic Medical Sciences, London (1971).

Salvador Moncada joined Wellcome Research Laboratories in 1975, initially as head of prostaglandin research and later he was appointed as director of research. The research focused on various programmes relating to epilepsy, migraine, and malaria as well research into prostaglandins.

He works on the role of prostacyclin about vascular disease and the prevention of blood platelets clumping brought wide acclaim from the scientific community.

In 1995, Salvador Moncada founded and became director of the Wolfson Institute for Biomedical Research at University College.

Salvador Moncada has won numerous awards and honors including being awarded honorary degrees. He has won The Gold Medal of the Royal Society of Medicine UK (2000), a knighthood from the Queen in 2010 for services to science and Debrecen Award for Molecular Medicine from Debrecen University in Hungary. He serves on many international scientific bodies including being a Fellow of the Royal Society, Foreign Member of the National Academy of Sciences in the United States of America and a Fellow of the Royal College of Physicians London. He has also won the Dart/NYU Biotechnology Achievement Award, the Dr. AH Heineken Prize for Medicine as well as the Prince of Asturias Scientific and Technological Research Award.

The research programme he conducted which led to the discovery of the enzyme thromboxane synthase and the vasodilator prostacyclin which raised awareness of the way aspirin can be used as a preventative about stroke and myocardial infarction. Later research involved programmes investigating inflammation, vascular biology and the regulation of cell proliferation

Salvador Moncada’s first wife was Dorys Lemus. Lemus wrote a book, Unfinished Journey, about leaving the upheaval in El Salvador in the early 1970s and settling in the UK. Lemus and Moncada had two children together, Claudia and Salvador. They divorced, and Salvador Moncada later married HRH Princess Esmeralda of Belgium. Moncada and Princess Esmeralda have two children Alexandra and Leopoldo.

Hobbies include his animals, cooking, and sport.

Salvador Moncada has contributed to over four hundred publications, and he is the holder of five drug patents. He is one of the most cited scientists in his field of work.

Salvador Moncada instigated the setting up of Honduras Global which focuses on assisting in the development of Honduras.