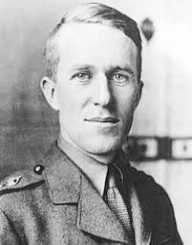 T.E. Lawrence is remembered for his contribution to the Great Arab Revolt. In addition, he authored a book The Seven Pillars of Wisdom. He opposed the Ottoman invasion of Arab and advocated for its independence.

Thomas Edward Lawrence was born on 16th August 1888 in Tremadog, Wales. His father was Thomas Chapman, and his mother's name was Sarah. Having been brought up in a conservative Edwardian Britain society, Lawrence had a comfortable childhood. The community, however, viewed him as an outsider.

His father later moved to Polstead Road, Oxford, where they stayed for the better part of his childhood.

Between 1896 and 1907, T.E. Lawrence attended City of Oxford High School for Boys. The school later named one of its houses Lawrence in his honor. After the close of school, Lawrence and his brother joined Church Lads' Brigade as commissioned officers. In 1905; he became a soldier boy in the Royal Garrison Artillery in Cornwall.

During the summer of 1906 and 1907, Lawrence and his childhood friend cycled through France to compile drawings of various castles.

T.E. Lawrence enrolled in Jesus College in Oxford to study History. To compile a thesis for his class work, he set on three months walking tour. He travelled close to 1600 kilometers. Lawrence later graduated from the Oxford College with a First Class Honors. His perfect and original thesis earned him credit in the university.

Despite travelling to the Middle East for studies, he ended up falling in love with the country.

T.E. Lawrence went through an incident that affected his life forever in 1917. He was abducted, sexually abused and tortured in 1918.

Just one year after his capture, Lawrence got a promotion to the rank of a lieutenant colonel. The promotion came with an award which he refused to receive as a show of solidarity for the Arab Independence.

He later returned to England following his celebrity status in the Middle East. In Britain, Lawrence resorted in pursuing his adventures.

One of his books published later after his return to England the Seven Pillars of Wisdom vividly described T.E. Lawrence's activities in the Middle East. From the book, he earned the name ‘Lawrence of Arabia.'

On 19th May 1935, T.E. Lawrence died of a motorcycle accident. The accident happened in Cloud Hill, England.

Lawrence of Arabia is a film that demonstrates Lawrence's life. The film went on to win seven Academy Awards.