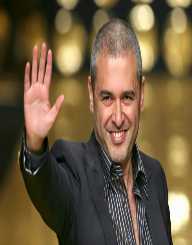 Elie Saab has been displaying a rare talent as well as a love for fashion and design. Elie was not born with a silver spoon as he had a modest background and had to pass through the troubles of the war. He is known to be a child of high intelligence as well as great prowess to succeed. He is very good in design as he finds it very easy to create designs on Newspapers and use his sisters as models. He often scours clothes from his mother’s wardrobe to use for designs which he would try on his sisters. He later dropped out from College to return to his hometown where he opened a business. His popularity then grew that many from neighborhood countries bring clothes to him.

Elie Saab started his business at the age of 18 and not quite long; his clothes got to Oscar when Halle Berry wore one of his designs to Oscars. He has however blown the trail as his designs are now worn all over by people on the red carpets. He is known to have been very successful and popular with his love for the west as well as his love of his homeland to create a balanced fashion.

Elie Saab was born in a suburb of Beirut, Damour, Lebanon, on July 4, 1964, to Maronite Catholic family. He is the oldest of his father’s children. His father is not buoyant financially as he is a wood merchant. Soon, in 1976, his home city was destroyed by the Palestinian Liberation Organisation. This forced them to move to Beirut which is not far from their father’s family. Elie was a very brilliant and highly intelligent child who taught himself how to sew at the age of nine. He is also known to have created designs out of newspapers probably due to lack of funds. Instead of hiring models, he would always use his sisters as models. Apart from this, he would use his mother’s clothes to create designs which he showcased through his sisters.

In 1981, Elie Saab moved to Paris to study design. He, however, dropped out to return to his hometown where he would have the chance of designing more clothes. In 1982, he launched his first atelier at the age of 18 and had 15 employers. At the start of his business, he made beautiful gowns from fabrics, silk, etc. his main customers were women in the neighborhood. However, things changed for him when his reputation sprout up. He started making clothes for women of a high standard. By 1997, he had his first Oversea collection show in Rome.

Elie Saab also became the first non-Italian to become a member of the Italian Camera Nazionale Della Moda. By 1998, he had another fashion show in Monaco which was attended by the then Princess of Monaco, Princess Stephanie. His clothes then became one of the royal symbols as Queen Rania of Jordan later wore his design in 1999 during her ascension. He sold one of his dresses which was decorated with diamonds and emeralds at the rate of 2. 4 million dollars. He became the first Lebanese to dress as an artist for the Oscars. Halle, the actress that was dressed, ended up winning the Oscar for Best Actress. This however made him successful the more granting a lot of interviews and television appearance.

Elie Saab later became a member-correspondent of Chambre Syndicale de la Haute Couture, which ruled the French Fashion. He later has his couture line in Paris that same here. By 2006, he showcased his collection in Paris and made his debut of ready to wear fashion show. He launched a perfume that became a bestseller in fifteen countries, Le Parfum in 2011.

Elie Saab became the first Lebanese to dress a celebrity for the Oscars after Halle Berry wore his design in 2002.

Elie Saab met his wife, Claudine, when her mother visited one of the stores. He later had three children with her of which all are male. He is known to have a net worth of $ 200 million. His wealth is made from his boutique which happens to be in different countries all over the world. His designs are currently sold in about 42 countries.