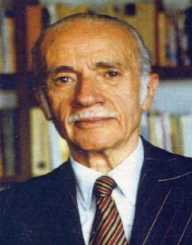 Alfredo Pareja Diezcanseco was an Ecuadorian writer, novelist, historian, and statesman. He is best known for his socialist leanings and his contributions to twentieth-century Spanish American literature.

Alfredo Pareja Diezcanseco was born on 12 October 1908 in Guayaquil, Ecuador. His parents were Fernando Pareja and Amalia Diez Canseco. His mother was the daughter of the one-time president of Peru, Francisco Diez Canseco. His family were socially well of all though not overly wealthy.Pareja’s father died in 1919 and the young Pareja began working at a local high school to help support his family. Pareja received his primary education at the Irish Christian Brothers congregation school, Collegio San Luis Gonzaga.

In 1930, Pareja set off to the United States of America. He travelled the country and spent a year working on the docks in New York City. While there he witnessed the ravages of the Great Depression and this would influence his worldview and his literature. He returned to Ecuador and became a professor of Spanish and American literature and history. As well as his professorship he was given a position in charge of the secondary education of his province.

Alfredo Pareja Diezcanseco wrote his first novel in 1929, La Casa de Los Locos. He wanted to use his writing to highlight the social ills at work in his homeland. Although he supported socialist ideologies, Pareja would often deny he was left-wing or that his writing propagated such ideologies. A second novel, The Pier, was published in 1933 and told of his experience working in America. His novels were rich with satire of Ecuadorian politics.

Pareja was arrested and exiled by the regime of Ecuadorian dictator, Federico Páez. He spent his exile in Chile. He returned to Ecuador in 1937 and became a member of the national assembly. However, he was again arrested and detained for a month. The time in prison formed the basis of the 1941 novel, Men Without Time. 1944 saw the publication of Pareja’s novel biography on Eloy Alfaro. Alfaro had been a general in the Ecuadorian army. He had led the countries liberal revolution and fought against religious control of the country. Catholic zealots ultimately assassinated him.

Alfredo Pareja Diezcanseco served as an envoy to Mexico in 1944 and became a representative of the United Nations in 1945. He worked with the United Nations in Uruguay, Argentina, and Central America. Pareja worked with the Ecuadorian government following the Second World War to improve education across the continent. He became Minister for Foreign Affairs in 1979. He was also made an ambassador of UNESCO. Throughout his career, Pareja worked with a group of writers based around his local province. These writers all shared a broadly socialist outlook. He was also influenced by outside writers, most notably Balzac and Steinbeck the latter which he exchanged correspondence with.

Alfredo Pareja Diezcanseco married Mercedes Cucalón Concha, his cousin, in 1934. Together they had three children, Jorge, Cecilia, and Francisco. Pareja died on 1 May 1993.