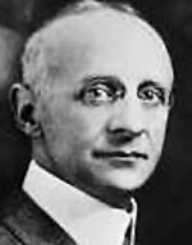 Abraham Flexner is an American educator who played a crucial role in transforming the education system and medical sciences in the modern world.

Abraham Flexner was born on November 13, 1866, in Louisville, Kentucky. He was the sixth child born to Ester and Moritz Flexner who were German Jewish immigrants. Abraham had eight more siblings.

Flexner obtained his primary education from John Hopkins University. In 1886, he graduated from the University after securing a Bachelor of Arts in classics degree. At that time, he was just 19 years old. After the completion of his primary education, he returned to his hometown Louisville and took up the job of a teacher at the Louisville Male High School. He taught classics at the school.

Four years later, Abraham Flexner established a private school. The main motto behind setting up the school was to impart quality education to students and breaking the traditional rigid approach of schooling. Flexner believed that providing individual attention to students and adopting a more hands-on approach to teaching will be more beneficial.

In 1905, Abraham went to the esteemed Harvard University and the University of Berlin to complete his graduate studies in psychology. However, he abandoned his studies midway in both the institutions.

Abraham Flexner authored his first book in the year 1908 titled ‘The American College.’ The book highlighted the flaws of the traditional American education and severely criticized various aspects of it. The book displayed Flexner’s strong disdain for traditional education. It subsequently attracted the attention of many readers and prominent personalities including Henry Pritchett, the then President of the ‘Carnegie Foundation’.

At that time, Pritchett was searching for someone who could conduct a series of studies of American medical education. Flexner was not a physician but based on the merit of his writing abilities; he was hand-picked by Pritchett to join the research wing of the Carnegie Foundation.

In 1910, Abraham Flexner published his second book titled ‘Flexner Report.’ This book is regarded as a modern day bible in the field of medical education. The immediate impact of the book was seen in rural medical schools, which shut down after the book was released. It also introduced many reforms in the training of doctors.

Thereafter, Flexner was appointed as a member of the Rockefeller Foundation’s General Education Board in 1912. He served in the position for five long years and in 1917, he was promoted to the position of Secretary of the Board. In the same year, Flexner established another private school named ‘Lincoln School.’ This initiative was started with the help of the board and in collaboration with the Teachers College of Columbia University.

Abraham Flexner quickly rose through the ranks and by the early 1920s, Flexner assumed the role of the Director of Studies of the General Education Board. For 13 years, he served as the Director and consequently, he improved the system of medical education. In 1930, he successfully convinced Louis Bamberger and his siblings from New Jersey to fund the development of the ‘Institute of Advanced Study’.

Flexner was in charge of the Institute from 1930 to 1939. During this period, he brought many European scientists to the Institute including Albert Einstein. In 1930, he also wrote and published his third book ‘Universities: American, English, German’ which challenged the introduction of sports and extracurricular activities in the American system of education. He believed that these activities distracted the students from academics.

The ‘Abraham Flexner Award for Distinguished Service to Medical Education’ is an annual award given out by the Association of American Medical Colleges to individuals who have made a notable contribution in the field of medical education.

Another set of awards was created in the name of Flexner by the University Of Kentucky College Of Medicine. It is the ‘Abraham Flexner Master Educator Awards’ which recognizes achievements in various categories.

In 1978, a street in Louisville was named in honor of the educator called the ‘Abraham Flexner Way.’

Due to the success of his experimental education, Abraham Flexner was able to fund the education of his brothers and sisters. His brother Simon and his nephew Louis Barkhouse Flexner also made remarkable contributions to the field of medical education.

In 1896, Flexner entered into wedlock with Anne Laziere Crawford, who was a former student of his school. Anne was initially a school teacher and later went on to become a renowned playwright and children’s books author. The couple was blessed with two daughters Jean and Eleanor. Eleanor went on to become a pioneer of women’s studies.

The reformative American educator died on September 21, 1959, in Falls Church, Virginia. The 92-year-old was laid to rest at the ‘Cave Hill Cemetery’ in Louisville, Kentucky.