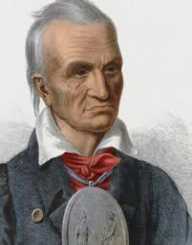 Erik the Red was a Norwegian merchant and sailor, who became the first European to create a human settlement in Greenland.

Erik the Red was originally born as Erik Thorvaldson in Norway. Historians place his year of birth as 950AD. His father was Thorvald Asvaldson. Years later, he attained the name Erik the Red. This was due to his long flowing hair and beard which were both red in color. Erik left his native Norway in 960. His father was banished for killing a fellow villager. Thorvald left with his family for Iceland where Erik was raised.

In 982 Erik was banished from his village town. He murdered his neighbor in a retaliatory act. He escaped to some nearby islands. The locals welcomed him with suspicion. He was involved in a brawl with a neighbor. The skirmishes left several fatalities. In the ensuing trial, Erik was found guilty and sentenced to three years in exile. Erik was on the run again. He could not return to Norway for he had been banished with his father. Erik decided to go find land westward. He had heard stories of a mass of land which was not inhabited.

His exploration voyage started in 982. Erik left Iceland and sailed west with his entire household. In a few months, he docked in the shores of the new found land. He called it Greenland. Two theories suggest as to why he chose the name. The first is that Greenland was fertile with vegetation and this suggested that it was good for the cultivation of food and settlement. The second one suggests that Erik gave the name so that it could attract good omen to the place. He spent the exile exploring the land and naming most of his discoveries after himself. By the end of his three years in Greenland, almost everything had Erik as its prefix in its name.

When the exile was over Erik returned to Iceland and gave narratives about the new land. Erik was a gifted orator and had exceptional leadership skills. He managed to convince a sizable number of Icelanders to sail back with him. In the middle of 985, Erik left Iceland to create the first human settlement in Greenland. Erik and those who followed him had no dreams of returning back to Iceland. They carried along all they needed for their living. In the fleet of thirty-five ships were cattle, planting seeds, fowls and other things necessary to start a town on the land. Due to the volatile ice drifts in the sea, only fourteen ships survived the journey. After the settlement began to expand, the settlers formed their own system of government. Erik was chosen to be the chief leader.

With little land to sustain the growing population, most people in Norway and Iceland migrated to Greenland. In 985 when the first settlers arrived with Erik from Iceland, their number was estimated at 500. After only two decades, the number had skyrocketed to over five thousand inhabitants. Building resources especially timber were becoming scarce. Erik sent another exploration voyage to what is now Canada for timber. The first voyage was led by his son Leif.

The influx of immigrants continued. In 1002 a deadly epidemic broke out in Iceland. Hordes of people fled to Greenland. Unfortunately, they carried with them the disease. They settled on the land and soon the disease broke out in Greenland. Many settlements were ravaged almost to extinction. When the outbreak died out, only a handful of the settlements survived. But the resilience of the survivors made the colonies spring up again and flourished until the fifteenth century. It is clear what wiped out the settlements. But gradually the human population dwindled to non-existence.

Erik got married to his wife Thorhild in Iceland. This happened after his father passed away around 969. The couple had four children. Of the four siblings, only one was a girl. The firstborn Leif was said to be the first man to have set foot on the North American continent. This was four centuries before Christopher Columbus.

Erik the Red was a victim of the ravaging epidemic of 1002. It is not clear when he died, but most Norse narratives place it in 1003. He was succeeded by his son Leif as chief.

Erik turned his misfortunes to his advantage. His banishment led the rise of flourishing European colonies in Greenland.