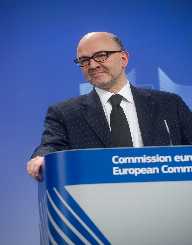 French Politician and Economist Raymond Octave Joseph Barre was born on April 12, 1924, in Saint-Denis, on the island of Reunion, a French colony. His parents Rene Barre and Charlotte Deramond were settled in Reunion since 1843. His father was a merchant by profession. He received his initial education in Reunion studying at the ‘l’ecole de l’Immaculee Conception’ and then the ‘lycee Leconte-de-Lisle’ school. He was keen to pursue a career in Medicine but had to abandon the plan as his services were requisitioned for the French Artillery Unit during the World War II.

After the end of the war, Raymond Octave Joseph Barre was relieved from his services and thereafter, he returned to Paris on January 15, 1946. Giving up on his dream of studying medicine he switched over to the study of law and economics after his return. He passed the aggregation exam for economics and law from the ‘Cite Internationale Universitaire’ and also obtained a diploma from the ‘Institut d’Etudes Politiques’ in Paris in 1950.

Raymond Octave Joseph Barre was associated with the ‘Institute of Advanced Studies’ in Tunis for the first four years of his career. He was appointed as Professor of Economics at the Institut d'Etudes Politiques de Paris (Institute of Political Studies, Faculty of Law and Economics) and also at the École Centrale Paris. In 1959, he was chosen as the Director of Jean-Marcel Jeanneney's staff in the Ministry of Industry and Trade. He served in the capacity of the head of staff till 1962.

French President Charles de Gaulle first made Raymond Octave Joseph Barre a consultant for the Economic Planning Commission in 1966. He wanted Barre to contribute his suggestions on the wage and price policies of the Government. Subsequently, in 1967, the President elevated Barre to the position of the Vice President of the ‘European Commission for Economic & Financial Affairs’. Barre served under the Rey, Malfatti and the Mansholt Commissions and was stationed at Brussels until January 1973.

President Giscard was mightily impressed with Raymond Octave Joseph Barre's knowledge of economy and finance and handpicked Barre so as to ensure his program of economic reform gain momentum by using Barre’s expertise in the field. Barre along with Giscard introduced several economic reforms during their tenure in the Government. During that time, the French economy had already been weakened due to the 1973 oil embargo. In order to revive the French economy completely, Barre adopted some strict and harsh measures to contain inflation.

Barre and Giscard worked more towards cutting down state involvement and implemented measures that reflected the classical market-driven economy. He even declined help to companies who were staring at bankruptcy. His people-unfriendly policies of cutting jobs and government expenditures were met with stiff opposition from the Trade Unions. His non-diplomatic way of dealing with the opposition from the Trade Unions and the general public did not go down well with his detractors.

Raymond Octave Joseph Barre left the Ministry of Economy and Finance in 1978 but continued to stay as the Prime Minister till the 1981 Presidential Election when Giscard lost to Francois Mitterrand mainly due to the duo’s failure to revive the economy. Barre was successful in retaining his parliamentary seat till 2002. After his departure from the Premiership, he was elected deputy of the Rhône département under the label of the Union for French Democracy (UDF). As a UDF candidate, he ran for the Presidency in 1988 but was defeated by incumbent Francois Mitterrand and Jacques Chirac.

After his loss in the Presidential Election, Barre concentrated on local issues. He vociferously supported the idea of Lyon being made the home of the Central Bank of United Europe. In 1995, he was chosen as the Mayor of Lyon replacing the existing Mayor Michel Noir who could not complete his term due to a court indictment. He continued as Mayor till 2001 but did not seek a second term. He retired from active politics in 2002 when his parliamentary term in the National Assembly ended.

There are two important milestones in Raymond Octave Joseph Barre's career. In 1953, he translated the book ‘Scientism and Social Science, Essay on the misuse of reason’ written by Friedrich Hayek into French. He also wrote a very important textbook for the students of economics published in 1956 by the name of ‘Economie Politique’. The book has multiple editions and is still relevant. Barre was also a noted speaker and had found immense support for his regular political newsletter.

Raymond Joseph Barre was bestowed with the French ‘Legion of Honor’ award for his contribution to French Economy.

Raymond Octave Joseph Barre married Eva Hegedus on November 19, 1945. The couple was blessed with two sons, Oliver and Nicolas. He was a Catholic by religion and enjoyed traveling around the world. He was a stout man who loved to describe himself as ‘a square man in a round body’.

Raymond Octave Joseph Barre was shifted from a hospital in Monaco to the Val-de-Grâce military hospital in Paris on April 11, 2007, due to some complications of his heart. He died on 25 August 2007, while undergoing treatment for his ailing heart.