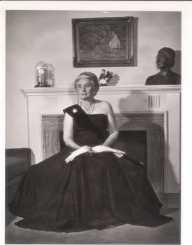 Canadian politician and reformer Agnes Macphail was born of Scottish descent into a farming family in Grey County, Ontario on the 24 March 1890. Her parents were Dougald Macphail and Henrietta Campbell. She had two sisters, Lily and Gertha.

Agnes Macphail was a keen pupil who passed her high school entrance exam at fourteen but because of responsibilities on the family farm, had to wait until the age of sixteen before studying at the Owen Sound Collegiate School (1906-1907). She then trained to be a teacher at the Normal School in Stratford, Ontario (1908-1910).

After becoming a teacher, Agnes Macphail taught at various rural schools in Ontario and Alberta. Her first teaching post was at Gowanlocks close to Port Elgin in Ontario.

In 1921 Agnes Macphail was elected to the Canadian House of Commons, two years after Canadian women had won the right to vote. She was one of the first women to be elected to the Ontario legislature (1943-1945) and was re-elected in 1948. She was also the first female Canadian to represent her country at the League of Nations where she was on a disarmament committee.

Macphail was a member of the Progressive Party and became involved in the socialist Ginger Group. The Ginger Group was active in the formation Co-operative Commonwealth Federation of which she was a founding member. (The party later changed its name to the New Democratic Party.)

In 1934 Agnes Macphail joined the United Farmers of Ontario and wrote articles on agriculture for the Globe and Mail newspaper, a Canadian newspaper based in Toronto. Other initiatives included pursuing reform in prison reform, advocating equal pay and improving the standard of education. During the period 1936 to 1938 Macphail was involved in establishing a royal commission into prison conditions which lead to some significant reforms.

Agnes Macphail joined the Women's International League for Peace and Freedom in 1939. In the 1940 elections, after nineteen years as a member of parliament, Macphail was defeated.

After losing her sat in 1940, Agnes Macphail moved to Toronto where she ran a boarding house. At the same time, she was involved in the Canadian Civil Liberties Union and the Canadian Association for Adult Education.

Agnes Macphail ran for the seat of York East and was elected to the Ontario legislature in 1943, being the first woman to sit in the provincial assembly. She lost her place in 1945 and was re-elected in 1948. In 1951 one of her initiatives in the Ontario legislature was equal pay for equal work for women. She was also involved in the setting up of the Elizabeth Fry Society of Toronto.

Agnes Macphail never married and died in Toronto, Canada on the 13 February 1954. She was sixty-three years old and suffered a heart attack.