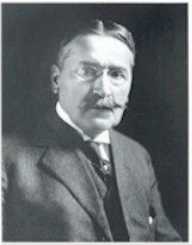 Mihajlo Idvorski Pupin was renowned scientist and Physicists born on October 9th, 1858. Throughout his career, he contributed greatly towards the field science. This earned him many awards including the 1920 IEEE Edison Medal. He wrote his autobiography later and named it From Immigrant to Inventor. The autobiography won Pulitzer Prize in 1924. He became an American citizen in 1883, the same year he attained a bachelor’s degree from the Columbia College. Initially, his education had been cut short due to financial constraints following his father’s death.

Fortunately, he was a determined individual and saw to it that he later continued his education. He did odd jobs in the States before continuing his education. His determination is what led to the great and honorable scientist that he later became. He was rated among the 100 most prominent Serbs during his time.

Mihajlo Idvorski Pupin was born on October 9th, 1858. His place of birth was in Idvor, Serbia. He was the son of Constantine Pupin and Olimpijada Pupin.

For his elementary education, Mihajlo Pupin attended Serbian Orthodox School. He also schooled in German Elementary School. In 1872, he enrolled in a school in Pan?evo for his high school studies. He later joined Prague where he continued his education.

Unfortunately, his father died while he was still studying in Prague. He had to drop out of school for he could not afford to pay fees. He then decided to make a living in the United States from 1874. While in the U.S he earned a living doing odd jobs meanwhile he got acquainted with different languages.

In 1879, Mihajlo Pupin was lucky enough to gain admission at the Columbia College. He graduated from the institution in 1883 with his bachelor’s degree. In the same year, he also attained US citizenship. Consequently, he enrolled in the University of Cambridge in England. At the University he studied electrical engineering and physics. He then went to Germany where he joined the University of Berlin. He studied under Herman von Helmholtz, a prominent German physicist

Mihajlo Pupin began his career at the Columbia College School of Mines. He served taught electrical engineering at the institute from 1889. He later became an associate professor. In 1894 he developed a device that came to be called “Pupin coil”.

Later in1894, the great scientist made a great discovery. He discovered the atoms that led to the formation of secondary x-rays.  In 1901, the Columbia College appointed him professor of electromechanics. In 1911, the Kingdom of Serbia situated in New York appointed him as its representative.

In 1923, Mihajlo Pupin decided to write his award-winning autobiography with the title From Immigrant to Inventor. The later edition of the book was released in1929. It was titled Od pašnjaka do nau?enjaka meaning from pastures to the scientist. The Columbia University later appointed him as a professor in 1931.

He has since then engaged in different scientific fields. He was the founder and president of the Serbian National Defense Council of America.

Mihajlo Pupin was awarded the IEEE Edison Medal in 1920. He earned this medal with his major contributions towards mathematical physics. In 1924, he was also presented with Pulitzer Prize. This was for his autobiography titled From Immigrant to Inventor.

Mihajlo Idvorski Pupin tied the knot with Sarah Catharine Jackson in 1988. Together they had a daughter called Barbara.

Mihajlo Idvorski Pupin took his last breath, Rourke. March 12th, 1935 in New York City. He died at the age of 76.  He was laid to rest in Woodlawn Cemetery of Bronx.