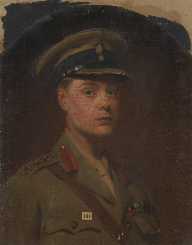 In 1911, Edward’s father became the new king of England. It was at this same time that William officially became known as Prince William/ the Prince of Wales. His titled remained this way until his father died.

As a young adult, Edward attended classes at the Osborne Naval College. He later went on to also attend the Royal Naval College (Dartmouth) and Magdalen College (at the University of Oxford).

Edward’s first experience in the military was shortly before World War I. He joined the Royal Navy in 1911. Many people were worried about this, simply because he was a royal risking his life in the Navy. However, he was not as worried about it.

Edward VIII joined the British Armed forces, and he went on tours in countries all around the world on behalf of his father, King George V, who was the king at the time. During this war, he rose to the ranks, eventually becoming a Captain in the army.

Edward became king in January 1936. He was only the king for eleven months. He abdicated the throne so that he would be allowed to marry a divorced American woman named Wallis Simpson. He was succeeded by his younger brother, King George VI, in December 1936. After he abdicated his throne, his new title became the Duke of Windsor.

Edward returned to the military during World War II. However, it was rumored that he was a Nazi sympathizer. This was in part because he made trips to Nazi Germany around this time. Because of this, he was assigned to serve as the governor of the Bahamas during the war. While this was not a position a royal would usually take, Edward was happy to go there with his wife. The couple stayed in the Bahamas for about five years. By the end of the war, his military rank had risen to that of Major-General. After this, they moved to France.

Edward met Wallis Simpson in 1931. At the time of their meeting, Wallis was married. However, the two soon became friends, which later led to romance, around 1934. Wallis later became divorced from her husband. Edward intended on marrying her earlier, but many of the royals disapproved of the match, and would not allow the couple to marry while Edward was the king. Because of this, Edward abdicated his throne. Edward married Wallis Simpson in 1937. This couple had no children.

The film The King’s Speech is about King Edward VIII.